The Winnipeg Jets are a long way from where they began when the NHL returned to Manitoba’s capital in 2011. The team has slowly built to become what appears to be the perennial contender for which Jets fans and management have hoped for the past seven years, but those that came before cannot be forgotten.

Back in March, The Hockey Writers’ Declan Schroeder took a look at five players that had brief stints in Winnipeg as call-ups, and there are many more names that could be included on a similar list. Something important to look at, which also puts the current club’s roster in context, is the men that donned the Jets sweater in the first season and where they are now.

What began as a promising career for Nik Antropov quickly devolved into mediocre-at-best play on some very bad teams, and compared to other names on this list he had quite a long career. Drafted 10th overall by the Toronto Maple Leafs in 1998, Antropov seemed to be the big-bodied centre that would eventually succeed Mats Sundin as the top pivot in Toronto.

Unfortunately for the Leafs—and for Antropov—he only breached the 50-point plateau once in his career with the Leafs and was dealt to the New York Rangers at the 2009 trade deadline. 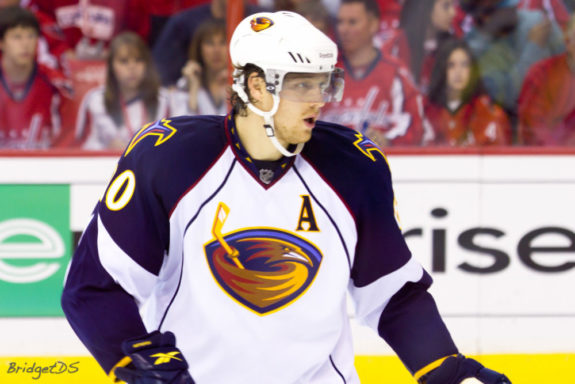 Following that partial season with the Rangers, Antropov signed with the Atlanta Thrashers, but following immediate success where he had a career-best 67 points in 76 games, things soured professionally for him. Moving to Winnipeg following the relocation, he spent two seasons with the Jets, where his biggest accomplishment was scoring the first-ever goal by the franchise.

After the lockout-shortened 2012-13 season, the big Kazakh bolted for the KHL, playing for Astana Barys for two seasons before retiring in 2015.

Antorpov’s post-hockey life has been relatively quiet, and as of 2017, he was living with his family in the Toronto area. His son Danil currently plays in the OHL with the Oshawa Generals, and although he does not have his father’s height—he is listed as 6-foot-1 while his dad is a towering 6-foot-6 during his playing days—he has time to prove himself as a scorer ahead of the 2019 NHL draft.

What the opening-day Jets roster seemed to lack heading into the 2011-12 season was a homegrown face for fans to get attached to, and Kevin Cheveldayoff felt he had just the man when he nabbed Eric Fehr in a trade with the Washington Capitals. 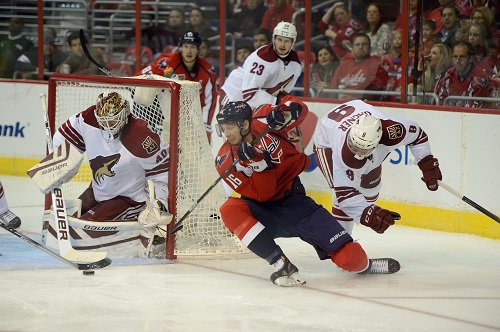 Eric Fehr’s tenure with Winnipeg was short-lived, and he returned to the Capitals in 2012 (THW Archives)

The Winkler, Manitoba product had an extremely short stint with Winnipeg, only appearing in 35 games during the inaugural campaign before heading back to the Capitals for the 2012-13 season. Fehr is not remembered for much as a Jet other than being one of the players on hand for the jersey reveal, and for the three points he scored that season.

Fehr is one of the few players on this list that is still active in the NHL. Following a single season with the San Jose Sharks, Fehr cemented his journeyman status by signing with the Minnesota Wild.

The biggest storyline heading into Jets training camp in 2018—aside from the Morrissey contract situation—has been the question surrounding the backup goalie position. Thankfully, Kevin Cheveldayoff did not have that problem in 2011, as the club started with Chris Mason backing up the much-maligned Ondrej Pavelec. 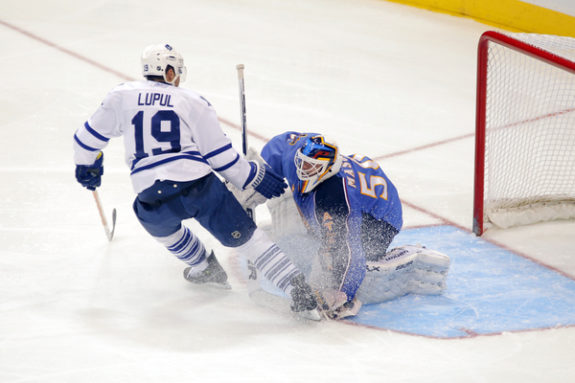 Steve Mason was not the only Mason to suit up for Winnipeg, as Chris Mason had an identical single-season tenure

Mason was another holdover from the Thrashers and one of the oldest players on this list. Beginning his career in 1998 with the Nashville Predators, it took until around 2007 for the Alberta-born netminder to begin flirting with starter minutes. He played 51 games in his final season with the Predators, finishing with a 2.90 GAA and .898 SV%, and moved to St. Louis the next season.

With the Blues, Mason faired a little better, starting 57 and then 61 games in his two seasons with the club, cracking 30 wins in 2009-10. Following that season, Mason moved on to the Thrashers and then the relocated Jets.

With the Jets, Mason was underwhelming, playing only 20 games in his single season, posting a 2.59 GAA and .898 SV%. Mason returned to Nashville for an 11-game stint before saying farewell to North America.

The goaltender finished up his career with the Augsburg Panthers of the DEL, retiring after the 2014-15 campaign. Mason then stepped into the world of sports media, joining the Predators Radio Network as a part-time color commentator in 2015.

Kyle Wellwood: The Nicest Guy in the Room

Prior to the 2017-18 season, the Jets were well known for being among the league’s top teams in penalty minutes—a list you certainly do not want to top in the modern age. However, for the first two years of the club’s existence, one man stood above the rest in avoiding time in the sin-bin: Kyle Wellwood. 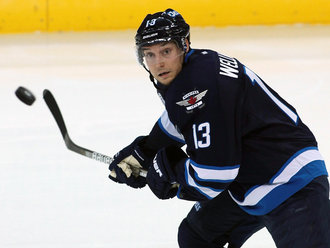 Despite posting a career high in points as a Jet, Wellwood did not stick around long, retiring at the end of his contract. (THW)

Wellwood began his career with the Toronto Maple Leafs in 2003, when the club began its spiral down to the NHL basement. Small and skilled, the local Toronto kid was seen as the type of player destined to lead the Leafs in the next decade—along with the previously mentioned Antropov.

However, Wellwood never amounted to more than a depth option, never cracking 20 goals or 50 points in a single season. He toiled through four tough seasons with the Leafs until joining the Vancouver Canucks in 2008. In two seasons on the Pacific coast, Wellwood actually outdid his previous goal production—31 in 189 games with Toronto—by notching 32 in just 149 games.

Wellwood joined the Jets ahead of their inaugural season and put up decent numbers for a depth option. In 2011-12 he scored 18 goals and added 29 assists for a career-high 47 points. However, he may be best known for the four penalty minutes he had that season, and for finishing 18th in Lady Byng voting.

Wellwood retired after the 2013 NHL season and in 2017 joined the fight against brain trauma in sports. He and his brother Eric invested in Vancouver-based start-up HeadCheck Health, which launched an app to aid in concussion testing during games.

Carl Klingberg: The Other Brother

The final player on the list is oddly the one with the longest tenure of all five with the club, but he has the fewest games played. He is also the only player on this list to play his entire NHL career with the Jets/Thrashers franchise.

Klingberg was drafted in the second round of the 2009 NHL entry draft by the Thrashers. Carl is the older brother of Dallas Stars stud defender John Klingberg, but did not share his younger sibling’s immense skill. The Gothenburg-born forward made his NHL debut in 2010, and he was used sparingly over the course of his four-year NHL career.

Klingberg was dealt to the New York Rangers and soon left for Torpedo Nizhny Novgorod of the KHL. He is still active, spending the last two seasons with Zug EV of the Swiss-A league, getting some Champions Hockey League action in as well as some Olympic action with Finland.

His brother John, on the other hand, has become a consistent Norris Trophy candidate and is looking to help Dallas return to the postseason.