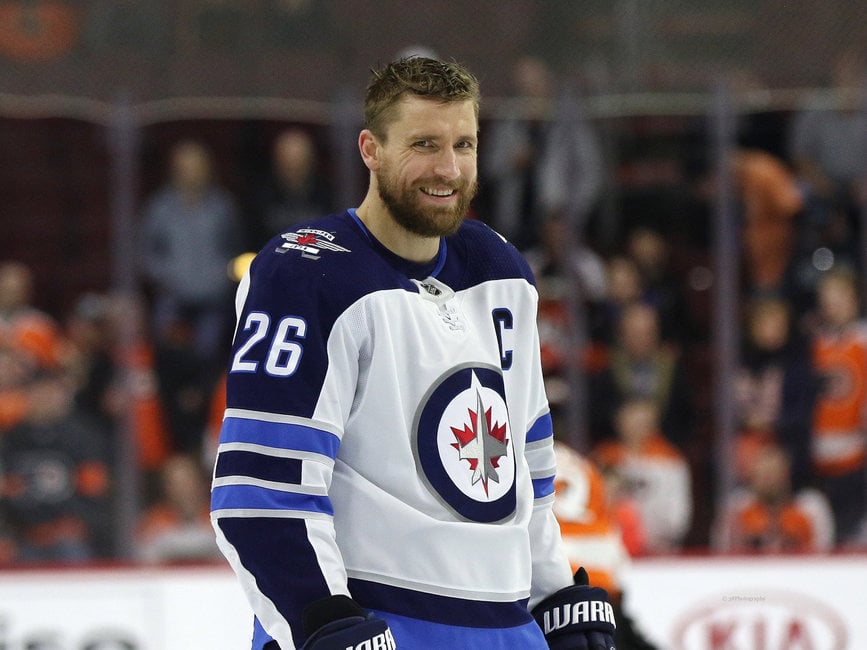 Wheeler extended his point streak to nine games (two goals, 15 assists). His 18 assists this season are one behind Colorado’s Mikko Rantanen.

Kyle Connor and Patrik Laine each scored on the power play for Winnipeg (9-5-1), giving the Jets at least one power-play goal in 11 straight games to add to a franchise-record roll.

Defenceman Eric Johnson scored his first goal of the season and Tyson Jost notched his second for the Avalanche (7-6-3), who are (0-4-1) during their five-game losing skid.

Connor Hellebuyck made 27 saves for the Jets. They continue a four-game homestand Sunday against New Jersey.

Semyon Varlamov stopped 19 shots for Colorado, which heads to Edmonton for a Sunday game against the Oilers.

Winnipeg led 2-0 after the first period and held that margin following the second.

Connor scored eight seconds after Avs defenceman Patrik Nemeth went to the penalty box for delay of game at 10:08 of the first. The backhand shot of a loose puck gave Connor seven goals.

Scheifele took a pass from Wheeler at the bottom of the circle and sent a one-timer past Varlemov to make it 2-0 at 13:32, matching Connor’s seven goals.

Colorado had almost back-to-back power plays late in the period, but couldn’t capitalize. Shots on goal were 16-16 after the middle frame.

The third period had the Avs getting to within one goal a couple of times, but both teams had quick responses.

Johnson got the Avalanche of the board 2:26 into the third when he went stickhandled between two Jets and got in close for a high shot that bounced off Hellebuyck’s body into the net.

Ehlers regained the two-goal lead just over three minutes later after Wheeler threaded a pass to him at the side of the net and he flipped a backhand shot into an open side of the net. It marked Wheeler’s 400th career assist.

Winnipeg’s advantage was cut to 3-2 just 70 seconds later with Jost’s goal, but Laine scored at 10:43 to make it 4-2 and Wheeler added the empty-netter with 1:26 remaining.