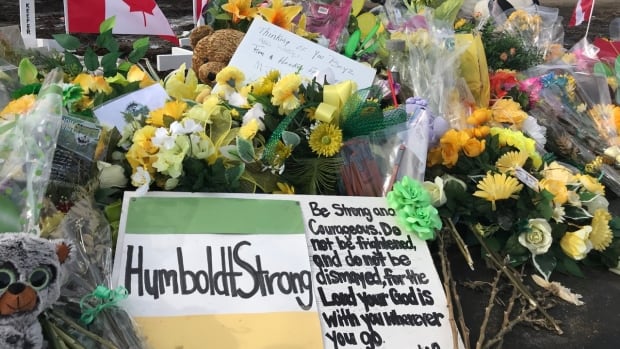 Ten players from around the Saskatchewan Junior Hockey League are heading to the Humboldt Broncos, after the league’s board of governors voted unanimously to provide players to the team.

The Humboldt Broncos lost 10 players in a tragic collision on April 6 as the team was traveling by bus near Nipawin, Sask. That collision also killed six others, including the team’s head coach, assistant coach, athletic therapist, statistician and play-by-play announcer, and the driver of the bus.

League president Bill Chow said this was the first time that the league has ever had to do this.

The players heading to the Broncos, and the teams they’re coming from, are:

A player or players from the Estevan Bruins could be going to the Broncos at a later date, according to the league.

In late May, the team welcomed 80 players to a training camp intent on rebuilding the team for the 2018-19 season.