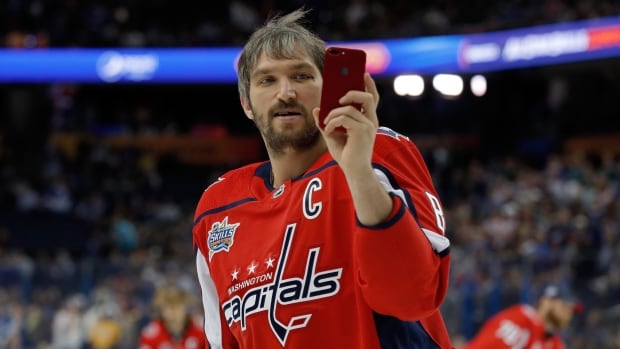 It’s not often NHL players find the time to capture that perfect Instagram shot or craft a tweet so funny it takes over the Internet. So when they do, fans take notice.

Here are seven NHL players you need to follow on social media this season:

The Florida Panthers goalie tops the list every year — and for good reason. Going by the alias “Strombone” on social media, Luongo takes the cake for funniest Twitter account.

Me to my wife: Babe when I come to Montreal I get recognized a lot <br><br>Family walking towards me with big smile: Excuse me can you take a picture?<br><br>Me puffing out my chest a little: See babe I told you <a href=”https://t.co/6nUfIoLrq4″>pic.twitter.com/6nUfIoLrq4</a>

Unfortunately, the social media-savvy Luongo suffered an injury on Saturday against the Tampa Bay Lightning.

The animated Nashville Predators defenceman is quick to let fans in on his personal life. His most shared moments on social media are either behind-the-scenes with teammates or hysterical pranks with his girlfriend, Olympic alpine ski racer Lindsey Vonn.

He even has a name for his followers: Subbaniacs.

After the all-star Capitals’ captain won the Stanley Cup in June, many referred to the ensuing celebrations as “The Summer of Ovi.”

From parades and sleep-overs with the Cup to the infamous keg stands, Ovechkin has solidified himself as one to follow this season.

He even added a newborn baby to his family in August, so Ovechkin is truly living his best life right now.

The end of the last NHL season was when the Hart Trophy winner really came out of his social media shell. Sometimes a little self-reflection goes a long way.

The New Jersey Devils winger isn’t just a sharp shooter on the ice. He goes for it off the ice too.

You know those people who don’t mean to be funny but are inadvertently hilarious? Phil Kessel is one of those people.

Pigeon🐦 couldn’t even get a regular stall <a href=”https://t.co/KSxDnrvA3f”>pic.twitter.com/KSxDnrvA3f</a>

Every season, the Boston Bruins forward plays up his pesky persona. You either love him or hate him as a player, but it’s hard to hate on his boldly beautiful tweets because Marchand’s clap-back game is second to none.

Marchand also gets that sometimes less words mean more. Like this tweet posted during the Bruins’ playoff series with Tampa Bay, during which he licked Ryan Callahan and was put “on notice” by the NHL to stop.

Sure, NHL players have friends in high places but one of the newest Montreal Canadiens is one of the few to really show it off. The celebrity appearances make this follow totally worth it.

NHL players can be funny but sometimes their wives steal the show. In Andrew Hammond’s case, his wife Marlee tweets some great stuff at her husband’s expense and we are here for it.

if I stop trimming his eyebrow and nose hairs then I can have my own personal Gritty in a couple weeks <a href=”https://t.co/AneCsAq2Hu”>pic.twitter.com/AneCsAq2Hu</a>

Which brings us to our next honourable mention: Gritty. Does he really need an introduction?

Since we don’t want you to suffer nightmares tonight, we’ll wrap this list up with a cute and cuddly kitten courtesy of the Toronto Maple Leafs.

Nazem Kadri’s cat has his own Instagram account and his name is Jazzy. What more could you want?