Matechuk spent a month in a coma after the Humboldt Broncos team bus collided with a semi-trailer truck on the highway approximately 30 kilometres north of Tisdale, Sask. Sixteen people died and 13 people were injured.

“He doesn’t appear to know what has happened,” read a stement released by Matechuk’s family Friday. “While we see his frustration, we also see his determination.”

The statement said Matechuk is still not able to speak but is working on his recovery.

“Each day, he gets a little stronger and we are getting signs from him about what he is thinking,” it said.

The Broncos defenceman is one of two players, including Morgan Gobeil, who remains in hospital. 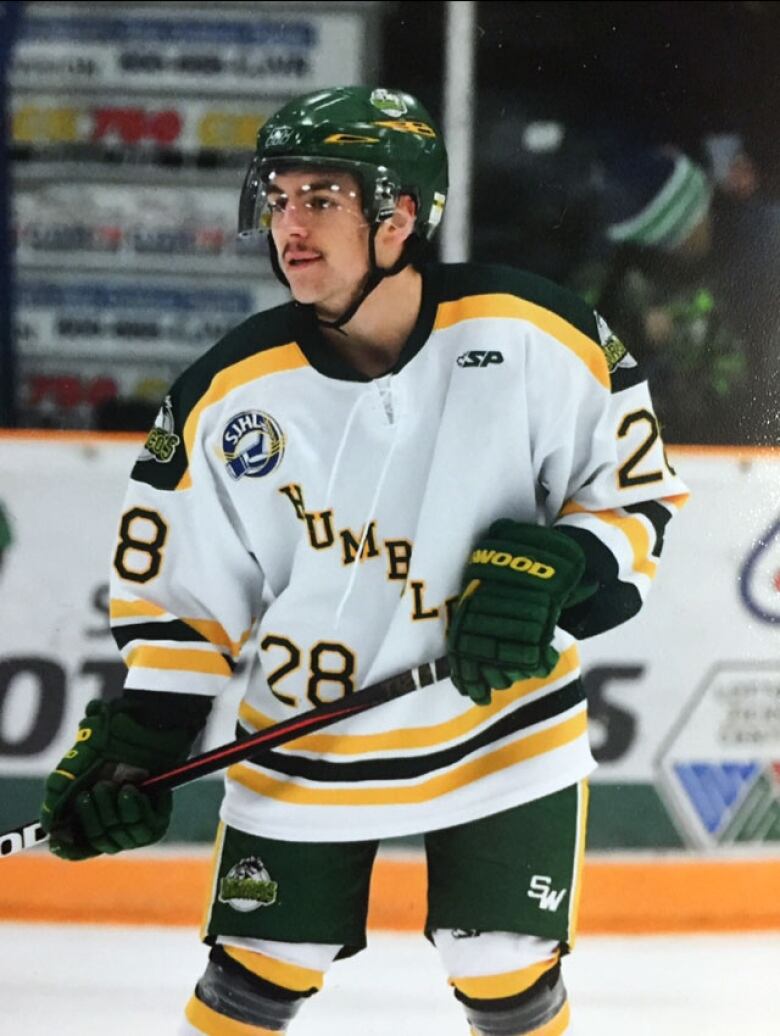 According to a statement written by the family, Matechuk has emerged from his coma, but still cannot speak. (Saskatchewan Health Authority)

While the family expressed optimism, they said it has been a trying time.

“We wish we could tell you it is getting easier,” read the release. “The reality is – it’s not.”

While we see his frustration, we also see his determination.– Matechuk family

It’s not clear when Matechuk will be released from hospital.

“What we can tell you is that we believe he gets a little closer every day,” it said.

The family went on to thank everyone in the community, including those who organized and took part in a bike rally for Matechik earlier this month, for their support.

“We #believe the strength and determination that brought Layne success on the ice will bring him success in the months and years ahead,” it read. “We ask that you continue to send your prayers and support to him — and to think of him.”

The family asked that their privacy be respected and that media not ask for interviews.