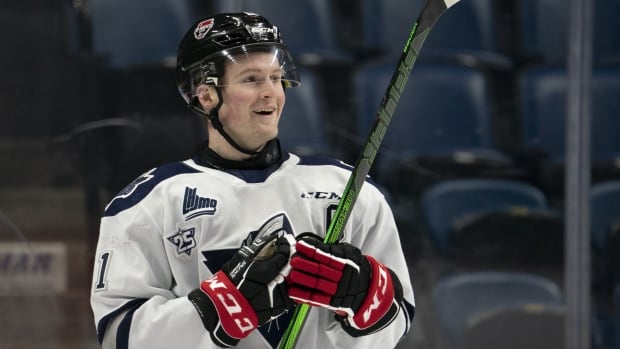 Rimouski Oceanic captain Alexis Lafreniere has added some more hardware to his collection.

NHL star Sidney Crosby, who made Thursday’s announcement, took home MVP honours in 2004 and ’05 while a member of the Oceanic.

The 18-year-old Lafreniere was leading the QMJHL with 112 points (35 goals, 77 assists) in 52 games when the season was halted due to the COVID-19 pandemic.

He was also a standout standout at the 2020 world junior hockey championship, where he was named most valuable player and best forward. He had four goals and six assists in five games captaining Canada to the gold medal in Ostrava, Czech Republic.

Overall, Lafreniere has 114 goals and 297 points in 173 games over three seasons with Rimouski.