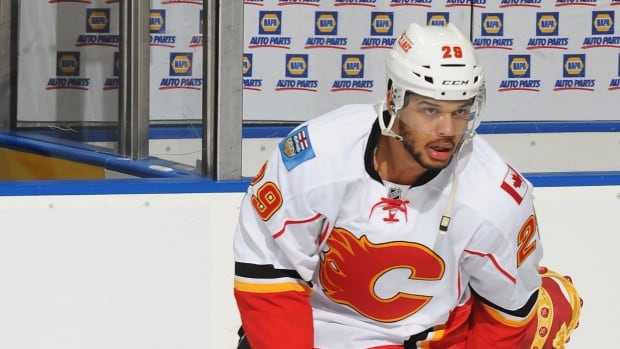 Former NHL player Akim Aliu, who said he was the target of racial slurs by former Calgary Flames head coach Bill Peters, issued a statement on Thursday after Peters was hired by KHL team Avtomobilist Yekaterinburg.

The incident occurred during the 2009-2010 season when the pair were members of the AHL’s Rockford IceHogs, leading to Peters’ resignation from the Flames in November 2019.

Aliu, 30, said he does not begrudge Peters for seeking new employment, but ensured he will continue to advocate for equal opportunity.

“Hockey is for all. I believe in second chances for everyone, that we can all find forgiveness in our heart, and that real positive change is coming if we continue to push forward together,” Aliu said in a statement shared on Twitter. “I don’t resent a man for finding work, but I will fight to make sure those same opportunities are available to everyone, on and off the ice, regardless of race or ethnicity.”

Over the last 24 hours I’ve received a lot of requests to comment on the news of Bill Peters being hired by a KHL Team. I thought this would be the best way to share my thoughts.. <a href=”https://t.co/qLwaeevKbm”>pic.twitter.com/qLwaeevKbm</a>

On a video call with Russian media following his hiring, Peters, 55, said he’s used the incident as an opportunity to better himself.

“I think as time goes on we all grow and improve and become better versions of ourselves, and I’m no different than that. You learn from all the experiences that you’re in, and you become better,” Peters said Wednesday.