Zach Hyman scored the go-ahead goal late in the third period as the Toronto Maple Leafs stretched their winning streak to four games with a 4-2 victory over the Columbus Blue Jackets on Monday.

The winger’s second goal of the season came with 4:22 left in regulation on a redirection of Morgan Rielly’s point shot after the Leafs won an offensive zone faceoff. Hyman then added an empty netter with 61 seconds left on the clock.

John Tavares, with a goal and an assist, and Tyler Ennis also scored for Toronto (15-6-0). Frederik Andersen made 37 saves. Mitch Marner and Ron Hainsey each had two assists

The Leafs were coming off a three-game California sweep that improved their record away from home to a league-leading 9-1-0 and Monday’s win nudged them above .500 at Scotiabank Arena on the season to 6-5-0 after a sloppy, uninspired start to the night. 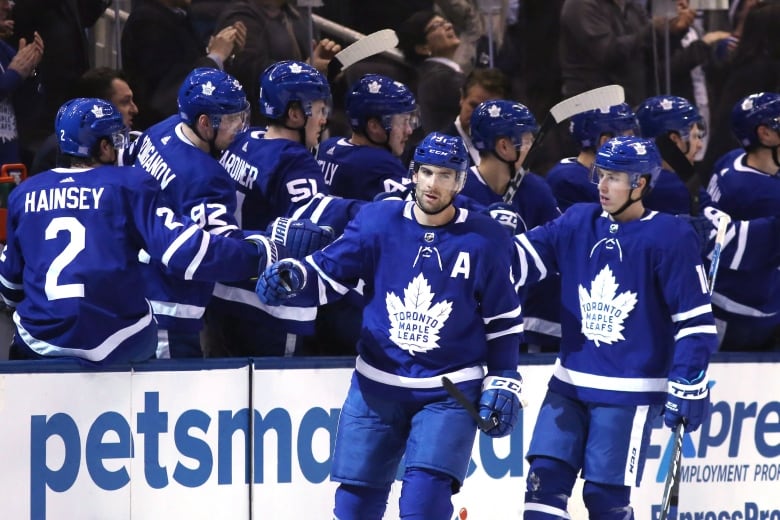 Cam Atkinson and Pierre-Luc Dubois each had a goal and an assist for Columbus (12-7-2), while Sergei Bobrovsky made 22 stops.

Atkinson stayed hot following a five-goal, three-assist outburst that earned him the NHL’s First Star honours for last week, but it wasn’t enough as the Blue Jackets lost in regulation for the first time in eight (5-1-2).