Fans tuning in to watch the Carolina Hurricanes take on the Montreal Canadiens on Aboriginal Peoples Television Network (APTN) will see — and hear — history in the making on Sunday.

The game will be called in the Plains Cree language, and APTN and Sportsnet say the broadcast will mark the first time an NHL game has aired on television in a Cree language.

“I am completely in awe and I am very proud,” said studio host Earl Wood, who will provide commentary and analysis in Plains Cree along with play-by-play announcer Clarence Iron.

“I think of the future as well as remembering the past and that the people have done to keep our language alive,” Wood said.

“It’s a very magnanimous moment — it’s going to be history.”

Sportsnet and APTN have partnered for the broadcast, taking place in conjunction with the Rogers Hometown Hockey festival, which is making a stop this weekend at Enoch Cree Nation on Edmonton’s western boundary.

‘The first of its kind’

Iron and Wood will be joined by retired NHL player John Chabot, who will provide commentary and analysis, broadcasting out of APTN’s Winnipeg studios during the game.

“It’s going to be the first of its kind and we’re very excited, right across Canada I know a lot of people are waiting,” said Iron said Saturday, as he and the crew prepared for the broadcast.

While Wood, from Saddle Lake, Alta., has years of experience announcing things like rodeos, powwows, and chuck wagon races, the broadcast will mark his first time hosting on live TV. 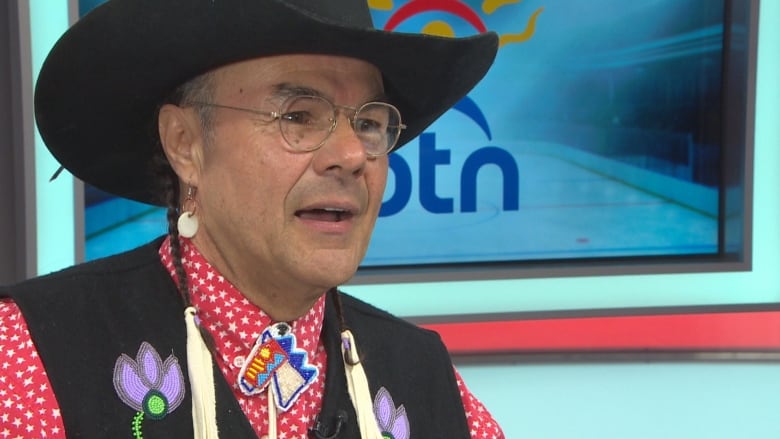 He has called many Indigenous hockey tournaments over the years and sometimes dabbles in play-by-play Cree during local games.

Iron says he isn’t nervous for his national debut, but he admits the action might be a little quicker that what he’s used to.

“It’s going to be a little bit different than Indigenous hockey.”

“It’s never been done before and hopefully that will not be the end,” said MKO Grand Chief Garrison Settee. “I hope that we can see more of that in the coming future.”

Kevin Saunders is a teacher from Norway House who is part of a team working to bring the Cree language back to his community. He says says having the game called in Cree will help to spread the language. 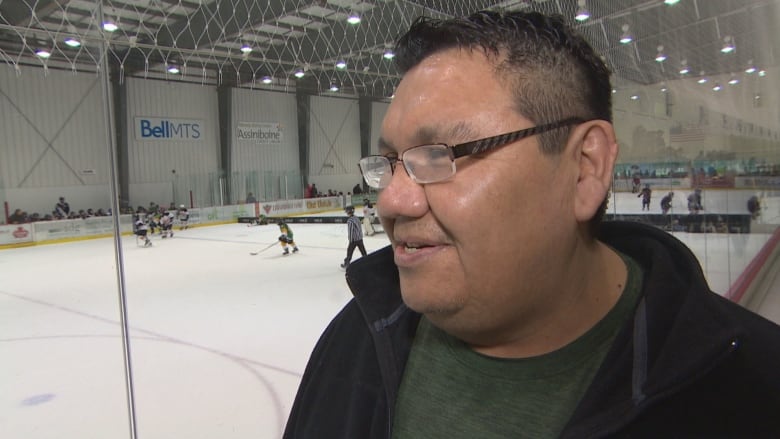 “This will be a significant stepping stone for the youth,” he said.

NHL games have aired in Canada in other languages before, including Mandarin, Cantonese and Italian. In 2010, a game between Montreal and the Ottawa Senators was broadcast in Inuktitut.

And Hockey Night Punjabi on OMNI is now a fixture on Saturday nights after starting on CBC.

Danielle Audette, senior manager of programming at APTN, said the partnership with Sportsnet is an “amazing opportunity” for the network. She’s hopeful other Indigenous languages may be used in future broadcasts.

“Sunday’s game is a monumental occasion for us to come together to cover this programming in an Indigenous language.”

Live coverage of the Hurricanes-Canadiens contest will air Sunday on APTN at 6 p.m. CT.