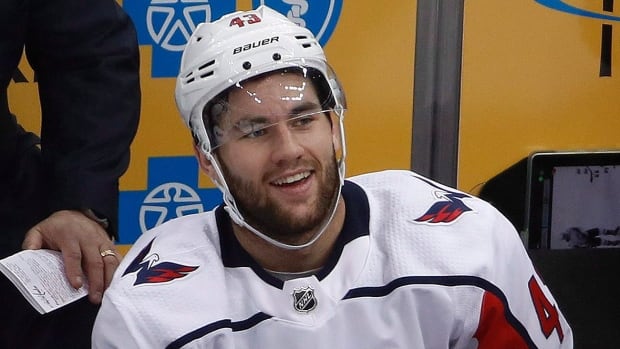 Washington Capitals forward Tom Wilson has had his 20-game suspension reduced to 14 by a neutral arbitrator and is eligible to play immediately.

Wilson has already served 16 games of his suspension for an illegal check to the head of St. Louis forward Oskar Sundqvist in each team’s pres-eason finale.

The ruling by Shyam Das allows Wilson to return as soon as Tuesday night at Minnesota, and the 24-year-old will recoup $378,049 US of the $1.26 million he initially forfeited as part of the suspension.

The 20-game ban handed down by the NHL’s department of player safety came after Wilson was suspended three previous times in 13 months for a hit to the head of an opponent.