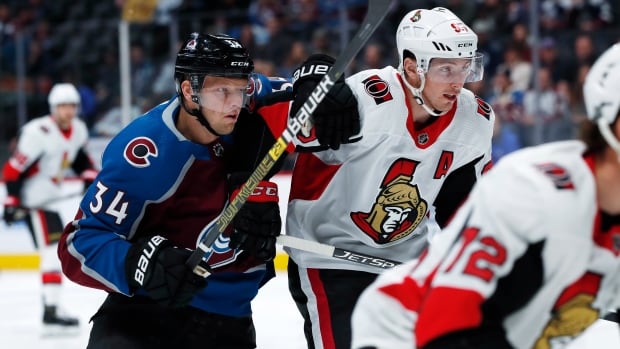 Gabriel Landeskog broke a tie with 13:46 remaining as part of Colorado’s four-goal third period to help the Avalanche beat the Ottawa Senators 6-3 on Friday night and spoil a two-goal performance from Matt Duchene in his return to Denver.

Landeskog gave Colorado the lead for good by knocking in his ninth goal of the season off a feed from Mikko Rantanen. Colorado outscored the Senators 6-1 after falling behind 2-0 midway through the first period.

Goaltender Philipp Grubauer started his first home game for the Avalanche and stopped 21 shots. Craig Anderson made 31 saves for the Senators.