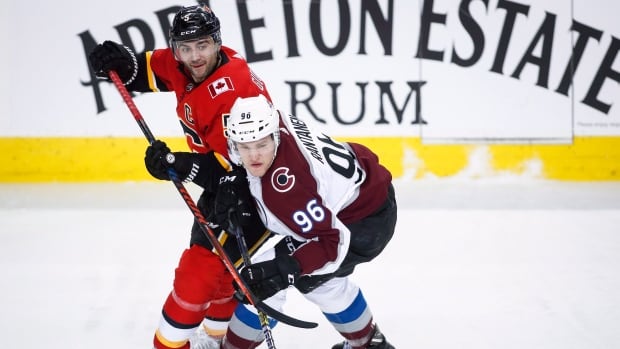 The Colorado Avalanche may have all-star forward Mikko Rantanen back for the start of their first-round playoff series against Calgary.

Rantanen has been sidelined since suffering a lower-body injury at Dallas on March 21. Rantanen is second on the team with 87 points and third in goals with 31.

The right winger wore a red, no-contact jersey Monday at practice. Avalanche coach Jared Bednar said after afterward that Rantanen has been “progressing like just we hoped” and that he could be a potential player for Game 1 in Calgary on Thursday night.

Rantanen’s return would reunite him with fellow All-Stars Gabriel Landeskog and Nathan MacKinnon. The trio has combined for 261 points and 106 goals this season.