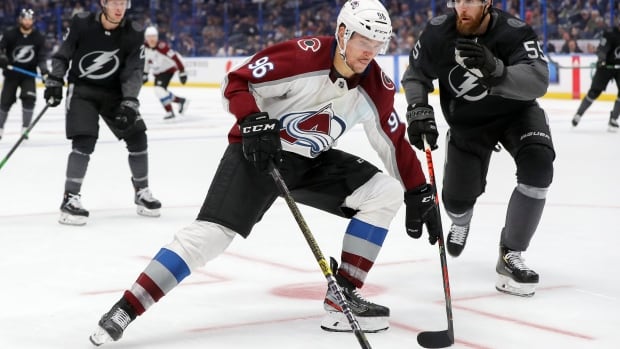 The Colorado Avalanche say forward Mikko Rantanen is week to week with a lower-body injury.

The 2019 all-star caught an edge in the ice and awkwardly twisted his left skate during the second period of Monday night’s loss in St. Louis. He didn’t return.

Avalanche coach Jared Bednar said Wednesday after practice that he’s optimistic Rantanen won’t be a “four-to-six week injury. We’re hoping he’s going to be back significantly sooner than that.”

The right winger from Finland is tied with Nathan MacKinnon for most points on the team this season. Both have five goals and seven assists.

Rantanen, who turns 23 next week, agreed to terms on a $55.5 million, six-year contract just before the start of the season.