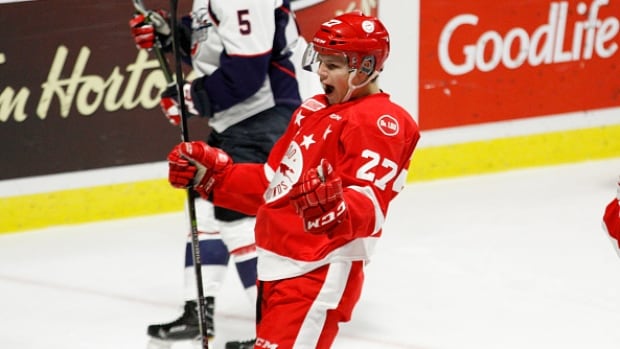 Barrett Hayton set up one goal before scoring a highlight-reel one of his own as Team OHL downed Russia 3-1 on Thursday.

Isaac Ratcliffe opened the scoring 4:55 into the game before MacKenzie Entwistle made it 2-0 for the Ontario Hockey League squad on a penalty shot at 18:05 of the first.

Pavel Shen put Russia on the board in the last minute of the first, but OHL netminder Mike DiPietro stopped everything the rest of the way.

Hayton, the No. 5 overall pick by Arizona at the 2018 NHL draft, added an insurance goal midway through the second on a one-man rush. The 20-year-old centre crossed the blue line and toe dragged the puck past defenceman Artyom Volkov before deking to the backhand an lifting the it over a sprawled-out Daniil Tarasov in the Russian net.

DiPietro made 18 saves for the win as Tarasov stopped 20-of-23 shots in a losing cause.

The win gives the Canadian Hockey league a 2-1-0 record in the six-game Canada Russia Series after the Western Hockey League team split the first two games in B.C.