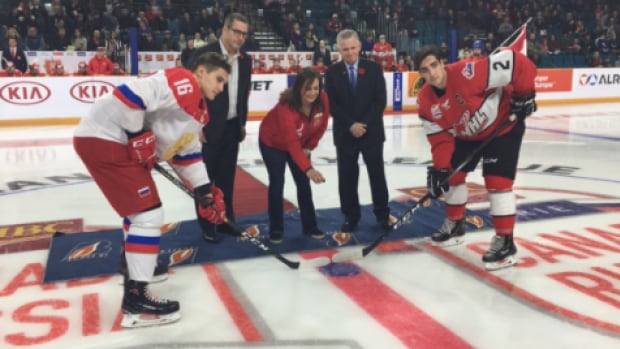 Dylan Cozens put the WHL on the board 14 minutes into the game but Pavel Shen tied it for Russia just 26 seconds later.

Both goaltenders held tight through the scoreless second period before Bellerive knocked home the winner at 10:31 on the third.

The six-game series, with a Russian team playing two games against each league in the CHL, began in 2003.