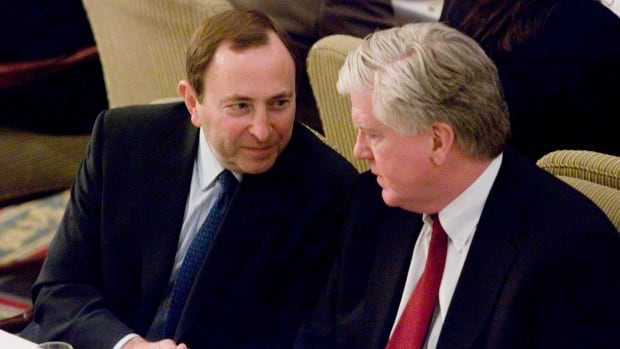 Gary Bettman over everything.

That’s the level of praise former NHL executive and current selection committee member Brian Burke has for the commissioner, who will be inducted into the Hockey Hall of Fame on Monday.

In an interview with Sophia Jurksztowicz for an upcoming episode of the Hockey Night In Canada podcast, Burke refers to Bettman as “a force of nature” above and beyond one of the greatest players of all time.

“Gary has done more for the National Hockey League than any person who has ever walked on this planet, says Burke. “And that includes Wayne Gretzky who I think was just a godsend for our league.”

Hear the full interview on the next episode of the Hockey Night in Canada podcast, available on Thursday (subscribe on iTunes or your favourite podcast app).