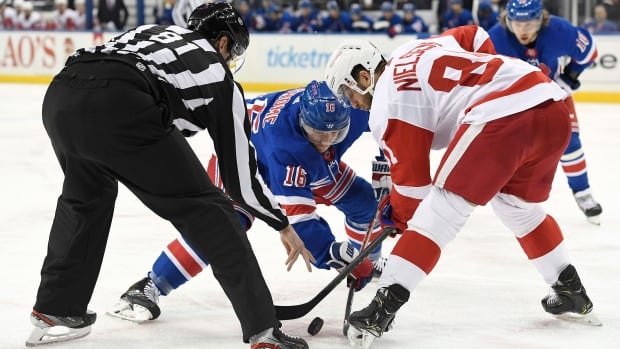 NHL commissioner Gary Bettman says he has no plans on cancelling the remainder of the NHL season due to the COVID-19 pandemic.

Bettman spoke Tuesday at a virtual town hall hosted by the San Jose Sharks for members of their business alliance.

According to The Mercury News, Bettman responded to a question on the season by saying he was not contemplating ending the 2019-20 season without handing out the Stanley Cup.

“I believe that if the right time comes, and the right circumstances, based on all of the options that we’re considering and our ability to execute them, we’ll get this season done,” Bettman said, per The Mercury News. “I don’t want to sound Pollyanna, but canceling is too easy a solution. That means you stop working hard to do all of the things that we’re doing, and I ultimately believe that there will be an opportunity.”

He said he was encouraged by the easing of stay-at-home restrictions across the country. Arizona Gov. Doug Ducey said Tuesday that pro sports could resume, without fans in the stands, in his state on Saturday.

The NHL suspended the season on March 12 due to the novel coronavirus.

The league is looking at plans to centralize groups of teams in low-risk centres in hopes of resuming the 2019-20 campaign this summer.

In celebration of the 50th anniversary of the most famous goal in NHL History, Rob Pizzo breaks down why it is still being talked about today. 5:26