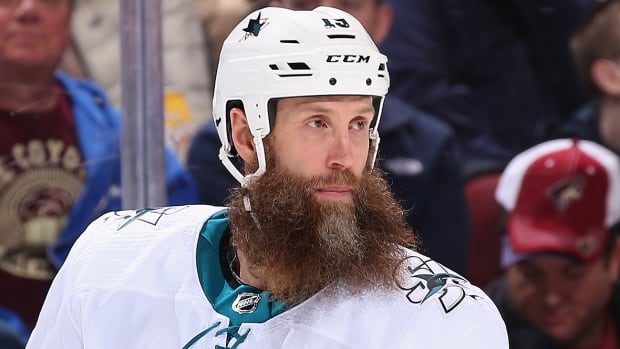 The San Jose Sharks have re-signed centre Joe Thornton to a one-year contract.

The team announced the deal on Thornton’s 39th birthday Monday. Thornton tested the free-agent market last summer before returning to San Jose on a one-year, $8 million deal but was intent the whole time this year on staying with the Sharks.

The move to bring back Thornton comes a day after the Sharks lost out on getting John Tavares as their top-line centre. Tavares signed a seven-year, $77-million US deal with Toronto instead.

Thornton was performing at a high level before tearing the anterior cruciate ligament and medial collateral ligament in his right knee in January. Thornton had a similar injury to his left knee late last season and played four playoff games before off-season surgery but wasn’t able to make it back this year.