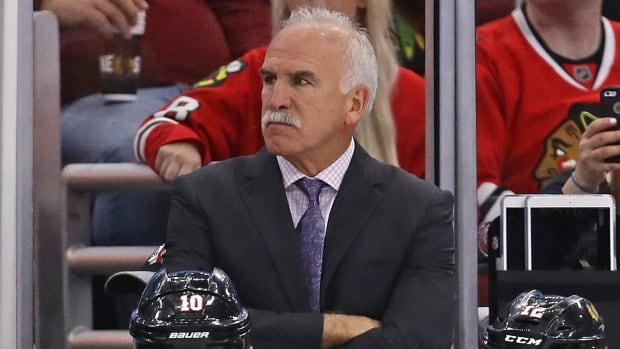 Quenneville’s teams made the playoffs in each of his first nine seasons in Chicago, but the Blackhawks failed to qualify last season and were off to a slow start to 2018-19. Their 6-6-3 record had them in sixth place in the Central Division heading into Tuesday night’s action.

Jeremy Colliton was named as Quenneville’s replacement. At 33, he becomes the NHL’s youngest active head coach. He had been the head coach of the Rockford IceHogs of the American Hockey League.

“This is certainly a very difficult decision,” Chicago general manager Stan Bowman, who is Scotty Bowman’s son, was quoted as saying in a statement released by the team. “But I believe it is in the best interests of the Blackhawks organization. We need to maximize each and every opportunity with our playoff goals in mind and create continued growth and development throughout our roster at the same time.”

The Blackhawks also parted with assistant coaches Kevin Dineen and Ulf Samuelsson and named Barry Smith an assistant on Colliton’s staff. The rest of the coaching staff will remain with the team, the Blackhawks said.