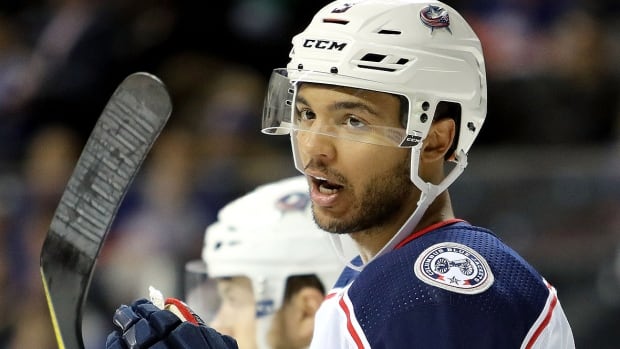 The team says the 23-year-old Jones sprained his knee during the second period of Tuesday night’s pre-season game against Buffalo. An MRI on Wednesday revealed the sprain.

It’s a huge blow for the Blue Jackets, with Jones’ defensive linemate Zach Werenski recovering from a shoulder injury and defenceman Ryan Murray also hampered by an injury.

Jones was a valuable contributor last season with 16 goals and 57 points.

The Blue Jackets open the regular season Oct. 4 at Detroit, then play their home opener the next night against Carolina.