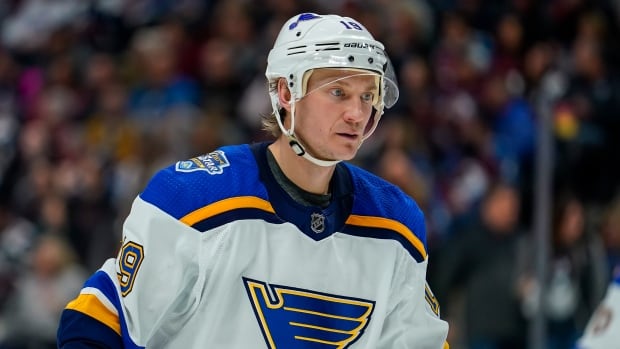 Bouwmeester, an Edmonton native, suffered a cardiac episode on the bench during a game against the Anaheim Ducks on Tuesday.

The game was postponed with 7:50 remaining in the first period and is expected to be made up at a later date.

The Blues said Bouwmeester is under the care of a medical team and will provide an update on his status early next week.

The Blues’ defenceman left the bench on a stretcher after collapsing during a break in play in the first period. 0:50