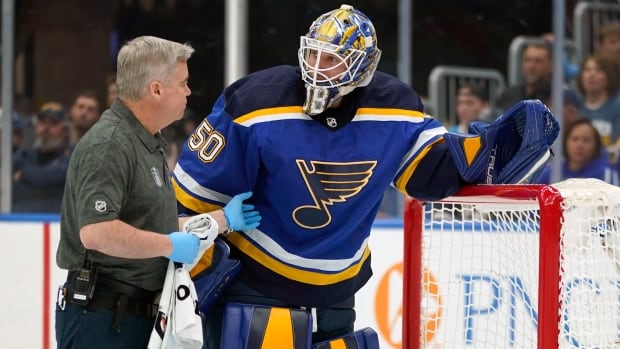 Kadri was attacking the St. Louis net when he got his skates tangled up with Blues defenceman Calle Rosen.

Binnington remained on his knees for a couple of minutes and was examined by Blues trainer Ray Barile before leaving for the locker room.

Binnington was 4-1 in five post-season starts with a 1.75 goals-against average and had stopped all three shots he faced in Game 3.

Ville Husso replaced him, making his first appearance since Game 3 of the team’s first round series against Minnesota. Husso went 1-2 with a 3.02 GAA in three starts this post-season.