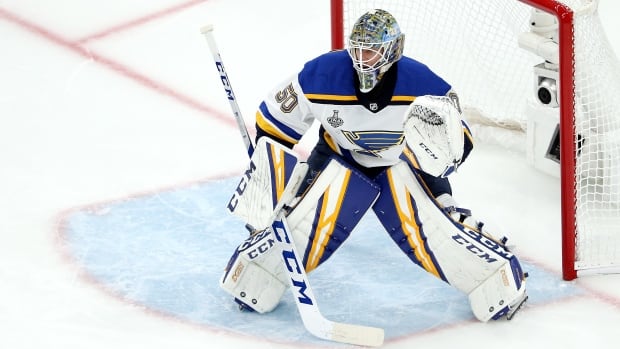 Binnington was one of the players who was instrumental in the team’s rise from worst team in the NHL to eventual champions, all in the span of a few months. He had a 2.46 goals-against average in the playoffs and became the first rookie in NHL history to record 16 wins in a single postseason.

“I’m happy to get this deal done with the St. Louis Blues,” Binnington told the team website. “To the city of St. Louis, thank you for welcoming me in and trusting me to do me. I’m excited and motivated to keep doing my job and keep bringing success to the St. Louis Blues organization.”

By agreeing to terms Saturday, Binnington and the club avoid an arbitration hearing.

“We are pleased to have Jordan signed for two more years,” general manager Doug Armstrong said in a statement. “His play was outstanding and we look forward to seeing him continue to be a major contributor for our team.”

When Binnington replaced Jake Allen as the starting goaltender in January, the Blues began their turnaround and eventually defeated the Boston Bruins in seven games to claim the first Stanley Cup in franchise history.