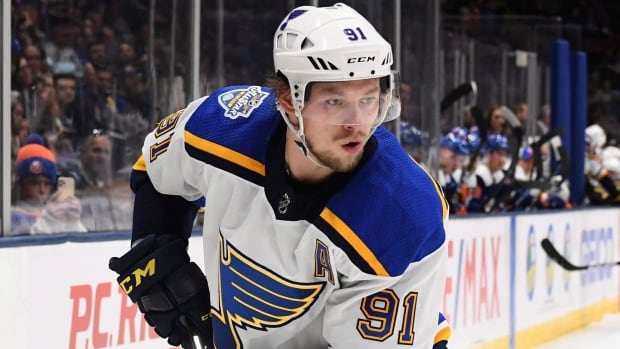 Blues forward Vladimir Tarasenko will have surgery on his left shoulder and be out at least five months.

General manager Doug Armstrong announced the move Monday and said the procedure will be performed Tuesday on the Russian star, who has been placed on long-term injured reserve.

Tarasenko left last Thursday’s 5-2 win over Los Angeles after getting tangled up with Kings defenceman Sean Walker with about six minutes left in the first period. He did not travel with the team for weekend games at Boston and Detroit.

Tarasenko has three goals and seven assists in 10 games this season for the defending Stanley Cup champion Blues.