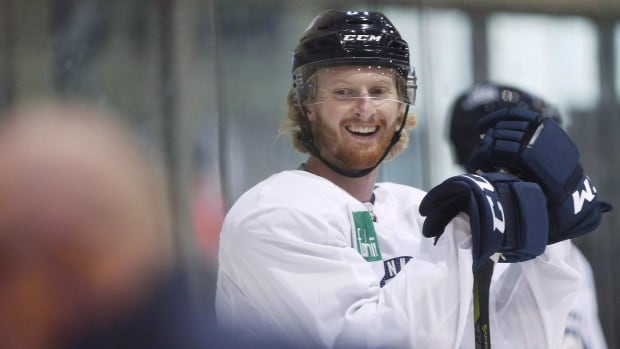 All-stars Steven Stamkos and Nikita Kucherov helped lead Tampa Bay to the top of the Eastern Conference standings last season and a league-high 54 wins, but it was the breakout performances from forwards Brayden Point and Yanni Gourde that made the Lightning the highest-scoring team in the league.

The 22-year-old Point scored 32 goals and 66 points while Gourde had 24 goals and 64 points to finish third and fourth, respectively, in team scoring behind Kucherov and Stamkos despite entering their sophomore seasons with little expectations.

Coming off back-to-back-to-back 50-goal junior campaigns, and now with his first season under his belt with the Blackhawks, DeBrincat is poised to be a big part of Chicago’s future and could easily break the 30-goal mark with an increase in his ice time. The 20-year-old was his team’s highest scorer last season and tied captain Jonathan Toews for points. He is one of the few up-and-coming players in Chicago’s age- and salary cap-constrained system, and could end up in a top-six role while logging heavy power-play minutes.

Kase went from five goals in his rookie season to 20 last year in an increased role, earning himself a new three-contract worth $2.6 million US annually. The 22-year-old Czech hit the mark while playing third-line minutes (13:55) and could have had more if not for a month-long injury early in the season. He showed he could be a clutch scorer with five game-winning goals. Veteran Corey Perry’s long-term injury opens the door for Kase for more ice time on the power play.

Johnsson was a force every night he stepped on the ice last year with the American Hockey League’s Toronto Marlies, earning himself a late-season callup that turned into regular action throughout the first round of the playoffs. Maple Leafs head coach Mike Babcock was impressed by Johnsson’s play last year in 11:52 of ice time per game, as the 23-year-old Swede used his ability to create his own offence with his speed. A bottom-six forward right now, an injury or the dragging on of William Nylander’s contract dispute could easily lead to Johnsson getting more of an opportunity, including both sides of special teams.

Hudon cracked the Canadiens lineup for the first time last season after consistently producing points in the AHL for three years. With Montreal’s 2017-18 campaign being one the team wants to forget and move on from, the 24-year-old has a chance to be one of the players to take the next step this year. He proved last season he could be used in various roles throughout Claude Julien’s four lines and he’s far from one-dimensional offensively, being able to set up and finish plays.

You could argue that Connor broke out last season when he produced one of the quietest 30-goal rookie seasons in quite some thanks to all the talent on Winnipeg, but the 17th-overall pick from the 2015 draft has even more to offer in his second season. The 21-year-old has spent the pre-season sharing top-line duties with Mark Scheifele and Blake Wheeler, and a full year alongside those two could help Connor increase his goals and total points. Connor is entering his last season of his entry-level contract and will soon be due a raise, maybe even similar to teammate Nikolaj Ehlers’ seven-year, $42 million deal.