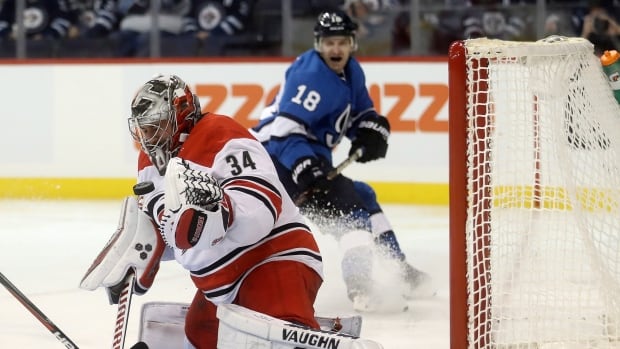 Bryan Little slammed home the winner, his first goal of the season, as the Winnipeg Jets beat the Carolina Hurricanes 3-1 on Sunday night to open a six-game home stand.

Patrick Laine broke open the scoreless game at 4:14 of the third and Kyle Connor added an empty-net goal with one second left to play as all three Jets (3-2-0) goals came in the third period.

Micheal Ferland tied it up for Carolina (4-1-1) a few minutes after Laine’s goal.

Petr Mrazek made saves on 23 of 25 shots for the Hurricanes.

Laine one-timed a pass from Blake Wheeler on a power play to put the Jets ahead early in the third.