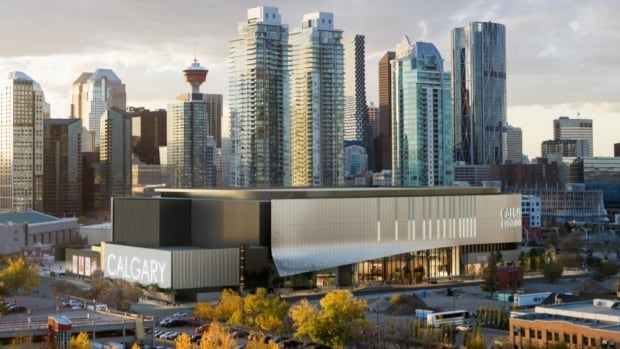 Calgary city council met Wednesday to discuss the collapse of the deal for a new downtown arena, entering into a closed session after 3 p.m. to debate next steps.

Construction on the $600-million arena in Victoria Park was supposed to start in early 2022 but was terminated Jan. 1 after the Calgary Sports and Entertainment Corporation (CSEC) walked away from the project due to rising costs.

Prior to the meeting on Wednesday, Mayor Jyoti Gondek said council would hear details of how the deal unravelled, and then council will decide how to move forward with the new entertainment district.

“With the event centre, we now have an opportunity to look properly at a district and understand how that particular project fits within it,” Gondek said.

On Wednesday, council was provided with a detailed report on the agreement, and clarity on a number of items.

Prior to the termination of the deal, it was estimated that the two parties together had spent $20 million to $25 million.

Council heard an update on that figure during Wednesday’s meeting, with the number pegged at $23 million to $24 million. That figure is still due to be refined.

It was revealed in July 2021 that the deal was close to $60 million over budget.

$23-24 million spent to date on failed arena project. Dalgleish says each party is on hook for about the same amount. He says it will take months to finalize things. <a href=”https://twitter.com/hashtag/yyccc?src=hash&amp;ref_src=twsrc%5Etfw”>#yyccc</a>

During the summer, the city and the CSEC agreed to pay an additional $12.5 million for the arena, with the Flames owners group agreeing to cover any more cost overruns.

While the city agreed to pay the cost of reconstructing roads around the arena site, the cost of replacing sidewalks was clearly a project cost, city administration said.

On Wednesday, Coun. Peter Demong asked whether the city’s climate emergency declaration was a factor in the demise of the deal.

A member of the city’s planning commission indicated that wasn’t a factor, adding that climate provisions were based on earlier policies.

Council is now discussing what the city might do next to replace the aging Saddledome.