The frosty silence over the building of a new NHL arena in Calgary thawed a little Monday.

City council voted to form a committee that will attempt to re-engage the Calgary Flames in talks on a new sport and concert venue.

“If we are going to say we are still at the table, let’s act like we’re at the table,” Coun. Jeff Davison said.

“We’ve sent a strong signal today that says we have a strong contingent on council that wants to have a conversation.”

A Flames spokesman said the team had no comment.

A new arena became civic election fodder last September when Calgary Sports and Entertainment broke off negotiations within days of Mayor Naheed Nenshi kicking off his campaign for a third term.

Nenshi talked about a new arena as part of his vision for the downtown east side’s revitalization.

He has one vote on council, although his voice carries influence as mayor. And it was his voice countering CSEC president Ken King’s in the public back and forth over who should pay how much for a new arena. 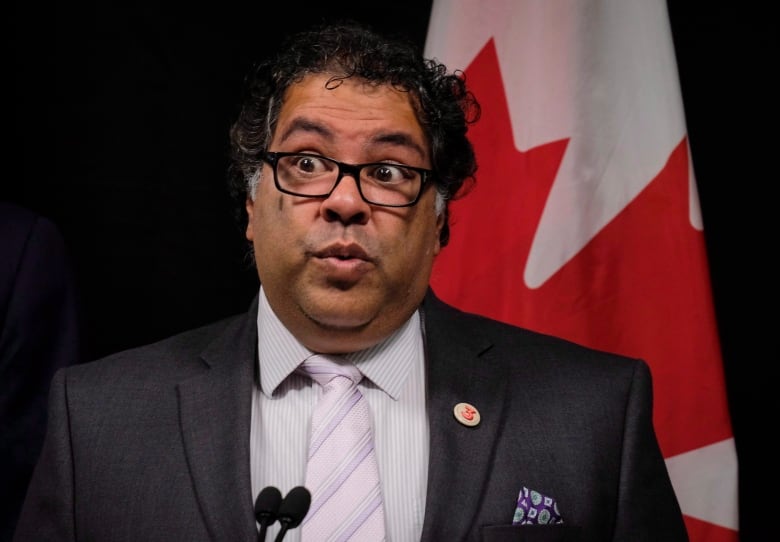 The issue took on a personal tone when a Flames employee tweeted — later deleted — that Nenshi’s re-election as mayor was “worse than Donald Trump being president.”

Flames vice-president of marketing Gordon Norrie had urged people on social media to vote for Bill Smith, who was Nenshi’s main rival in the election.

Eleven councillors brought forth Monday’s motion to essentially get arena talks back on track. Nenshi was among those voting in favour of it.

“Given that we were not the party that walked away I think it’s important everyone come back to the table and maybe with new faces around the table as well.”

King speaks for Flames owners Murray Edwards, Alvin Libin, Clayton Riddell, Allan Markin and Jeff McCaig, and stated in September that the team would make the Saddledome work “for as long as we believe it is feasible.”

CSEC had offered to put $275 million into a new $500-million arena built just north of the 35-year-old Saddledome, and said the city should raise the remaining $225 million through a community revitalization levy.

A CRL allows the city to divert property taxes from new development that would theoretically spring up around a new arena into paying for it.

The city proposed a three-way split on the cost of a $555-million arena, with the city and the Flames each paying $185 million and the remaining third raised from a surcharge on tickets.

The city said the Flames would control the new arena and receive all revenue from it.

But King insisted the city’s offer amounts to the team paying the entire cost, or more, because CSEC considers a ticket surcharge paid by users revenue that belongs to the team and because the city wants CSEC to pay property tax.

“I think it will be hard for the committee to convince Calgarians to do that.”

The Victoria Park location for an arena came after an $890-million CalgaryNext project pitched by the Flames in 2015. That concept included a hockey arena, football stadium and field house on the west side of downtown.

Flames owners offered $200 million of their own money and proposed a $250-million loan be repaid through a ticket surcharge.

Council determined CalgaryNext would cost as much as $1.8 billion when the cost of remediating creosote-soaked soil was included.

The mayor doesn’t want the committee spending a lot of time reviving the West Village option.

“We spent millions of dollars on the analysis of the West Village and determined it really is a non-starter for so many reasons,” Nenshi said.

“If this committee spends the next six months going through the points on the West Village again, I think that would be a big failure.”