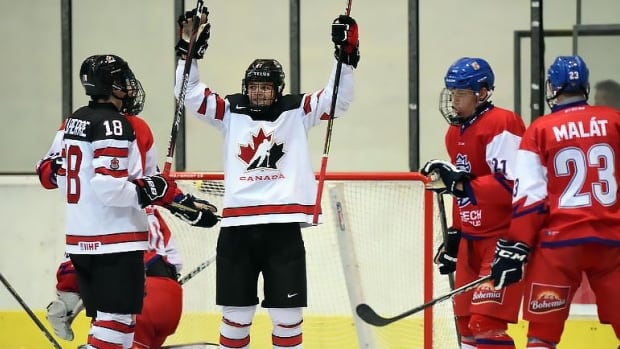 Canada finished pool play at 3-0 after a 7-1 win over host Czech Republic on Wednesday at the Hlinka Gretzky Cup under-18 men’s hockey tournament.

Cole Perfetti, Connor McClennon, Ridly Greig and Jean-Luc Foudy also scored for Canada, which outscored opponents 21-1 in the preliminary round.

Canada will face Sweden in the semifinals on Friday.

“Playing against the Czechs at home was a lot of fun and there was a lot of energy in the building, but we did a good job of battling through it,” Canada coach Michael Dyck said. “Now we have to move on, and we look forward to getting prepared to face off against Sweden.”

Canada has won the tournament 10 of the past 11 years.