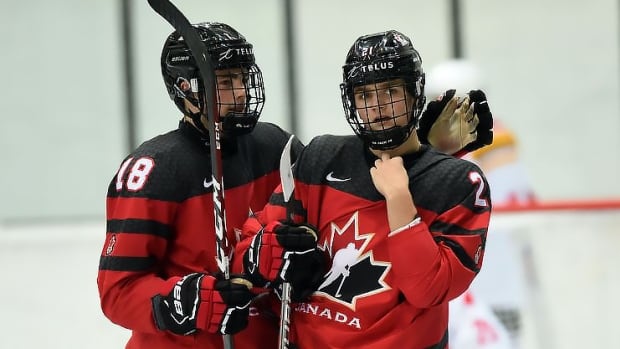 Cole Perfetti scored two goals in regulation and three more in a shootout as Canada edged Sweden 3-2 in a semifinal at the Hlinka Gretzky Cup on Friday.

The win sends Canada to the final of the annual under-18 men’s hockey tournament, where it will face Russia. Canada has won the tournament 10 of the past 11 years.

Russia beat Finland 4-1 in the other semifinal.

Perfetti, a native of Whitby, Ont., had five goals and two assists in three games in the first round of the tournament.