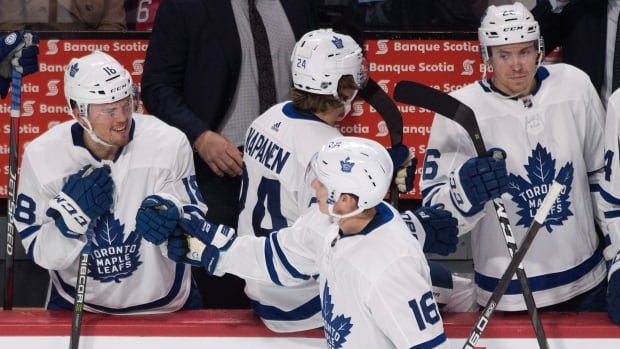 Mitch Marner scored and added three assists as the Toronto Maple Leafs beat the Montreal Canadiens 5-3 Wednesday to improve to 5-1-0 in pre-season play.

Tomas Tatar, Brendan Gallagher and David Schlemko scored for Montreal, which fell to 4-2-0 this pre-season. Carey Price stopped 20-of-25 shots.

With the game tied 2-2, the Leafs scored short-handed goals 20 seconds apart to start the third period.

Marner got the first 16 seconds into the period after bad communication between Price and Jeff Petry led to a loose puck in front of the net — an easy tap-in for Marner.