Canada is gearing up for more games over more days at the expanded women’s world hockey championship.

The championship in Espoo, Finland, will be a 10-country tournament for the first time. Canada opens Group A play against Switzerland on Thursday.

The world championship has featured either eight or nine countries since the first edition in 1990. The tournament has been at eight teams since the 2010 Olympics in Vancouver.

Canada must play a game at least every second day in Espoo to reach the April 14 final.

“When I look at the world championship schedule, to me that’s exactly a best-of-seven series in the NHL,” head coach Perry Pearn said.

“You have to get up on game days, you’ve got to be energized and ready to go. The day after, you’ve got to come down a little bit, get relaxed, stay relaxed, be able to rest and then you get back up for the next one.”

It will mark Pearn’s first world championship coaching assignment for Hockey Canada since the 1993 world junior men’s championship in Gavle, Sweden, where he navigated Canada to gold. 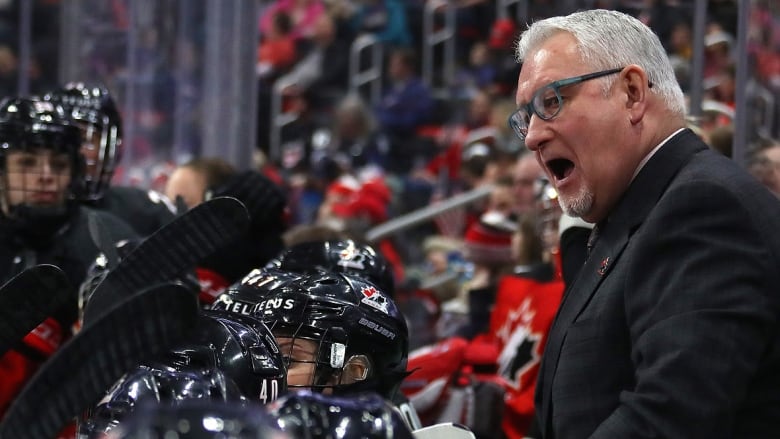 Perry Pearn, a longtime assistant coach in the NHL, is 5-3 this season as head coach of the Canadian women’s hockey team. (Gregory Shamus/Getty Images)

The 67-year-old from Stettler, Alta., was an NHL assistant coach for 21 years. Pearn is 5-3 behind the Canadian women’s bench this season.

Espoo is 20 kilometres west of Helsinki. Games will be played in the two-rink Metro Areena, where the main rink has a seating capacity of almost 7,000.

Women’s hockey at the 2022 Winter Olympics will also be a 10-team tournament.

The world championship format was revamped after 2010. The top two seeds in Group A never faced the bottom two in Group B, which eliminated a pair of lopsided scores from the tournament.

So the world’s top five seeds — defending champion United States, Canada, Finland, Russia, Switzerland — are in Group A in Espoo.

What’s different this year is the prospect of Canada and the U.S. playing quarter-final games against a Group B opponent.

There are no longer byes to the semifinals for the top two teams in Group A, which Canada and the U.S. were every year since 2011.

And since Canada isn’t a full-time team in non-Olympic years, the more time the players are together the better, according to Gina Kingsbury.

“To me, it’s a win-win,” Kingsbury said. “It’s two more games in our schedule. It allows us to build some critical experience with our group.

“I do like the schedule more and how it’s spread out. There is a bit of a routine there that can come into place.

“I’m happy they went to that format. It shows they’re taking the women’s game more seriously. It’s more on par with what the men do.”

The men’s world championship is a 16-team affair.

The American women have beaten Canada in seven of the last eight world championship finals, including a 3-2 overtime win two years ago in Plymouth, Mich.

A shootout win over Canada to claim Olympic gold in Pyeongchang, South Korea, last year sealed their status as the top female hockey country in the world.

The Canadians haven’t beaten the U.S. in a tournament final since the 2014 Four Nations Cup in Kamloops, B.C.

Canada last took the world title in 2012 in Burlington, Vt.

Olympic bronze medallist Finland is capable of an upset, having beaten both the U.S. and Canada before at the world championship.

But oddsmakers will predict another Canada-U.S. battle for gold.

Canadian captain Marie-Philip Poulin travelled with the team to Finland, but her status for Thursday’s opener is unclear. 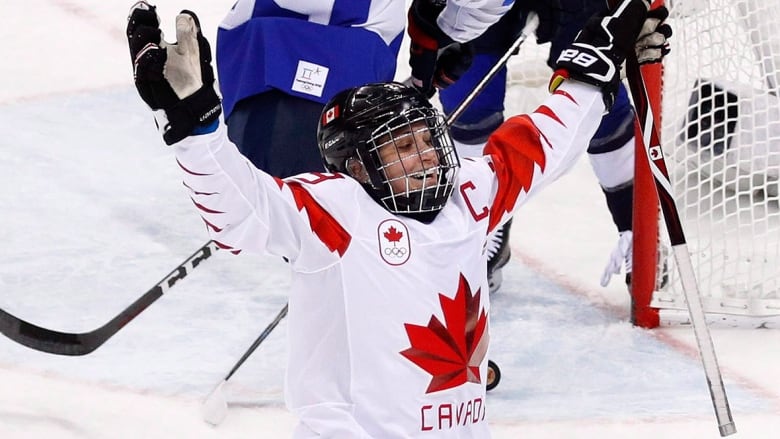 Marie-Philip Poulin, a star forward with the Canadian women’s hockey team, could sit out Thursday’s opening game at the world championship against Switzerand with a lower-body injury. (Jae C. Hong/Associated Press)

She did not play for Les Canadiennes de Montreal in her team’s Clarkson Cup semifinal series or the March 24 final because of a lower-body injury she suffered in the last game of the Canadian Women’s Hockey League regular season.

Taking two of three games against their frenemies to win February’s “Rivalry Series” gives Canada some momentum heading to Espoo.

“Our goal in the February series wasn’t to come away with wins. That was a bonus,” veteran forward Brianne Jenner stated.

“Our goal was to establish the way we want to play and take steps forward towards the performance you want in the world championships.

“Obviously it’s reassuring when you’re able to play that way and get some wins as well. We look at it as a good step in the right direction, but we know there’s a bit of a ways to go to get gold in Finland.”