Tomas Tatar scored twice and added an assist to lead the Montreal Canadiens to a decisive 6-1 victory over the Florida Panthers on Tuesday night to remain in a playoff position.

Brett Kulak, Artturi Lehkonen, Phillip Danault and Max Domi also scored for the Canadiens (41-28-8), who have won four of their past five games.

Carey Price stopped 33-of-34 shots in his ninth consecutive start. Price has allowed 13 goals in his past eight games. 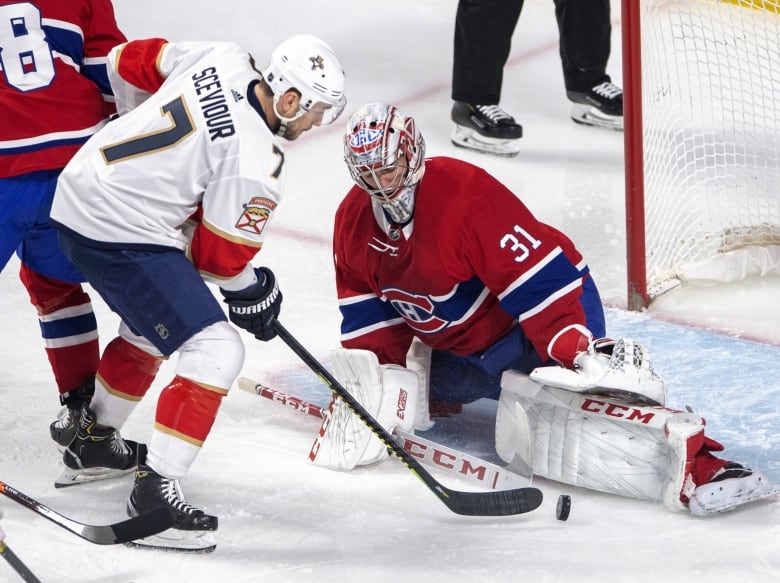 Frank Vatrano scored the only goal for the Panthers (33-32-12), who were officially eliminated from playoff contention.

James Reimer, who had not played in exactly one month, was pulled in the first period after allowing three goals on nine shots. His replacement Sam Montembeault stopped 15-of-18 shots.

The Panthers dropped to 1-5-0 in their past six games.