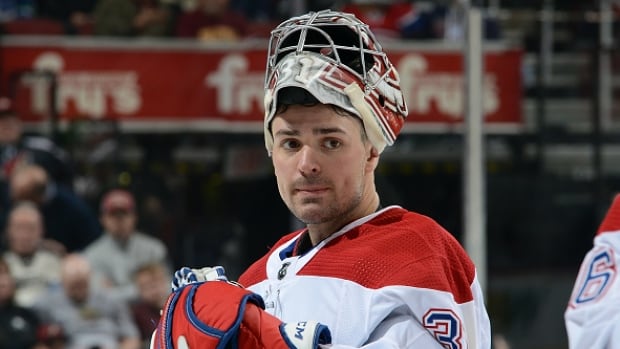 Montreal Canadiens goalie Carey Price is having another baby.

The couple, which originally met on a blind date, has been married since 2013. They had their first child, Liv, in 2016.

Carey Price has been playing for the Canadiens since 2007. He turns 31 in August.

In the photo posted to Instagram from their off-season hometown of Kelowna, British Columbia, Carey and Angela Price are holding Liv.

In Liv’s hand is a sonogram image.

“We have been praying for this pregnancy for just about a year so we are thrilled that we are finally able to share this news with everyone!” Angela Price wrote on the post.

“Liv is beyond excited, even though I don’t think she realizes that the baby is going to eventually come out of mama’s tummy, haha.”