Adam Pelech also scored in the second period to help the Islanders win for the fourth time in five games to remain two points behind first-place Washington in the Metropolitan Division.

The Canadiens (37-27-7 – 81 pts) are battling Columbus (39-28-3 – 81 pts) for the second wild-card spot in the conference. They were coming off Tuesday’s 3-1 win over Detroit at home in which Price became the winningest goaltender in Canadiens history with victory 315.

Jordie Benn had the tying goal for Montreal late in the second, and Carey Price finished with 36 saves.

Lee converted on a 2-on-1 with Matthew Barzal for his team-leading 25th goal of the season with 2:57 remaining. Lee waited patiently for Barzal to pass him the puck at the edge of the left circle before whipping it past Price. Lee, who became the team’s captain this season following the departure of John Tavares, has seven goals in the last 13 games. 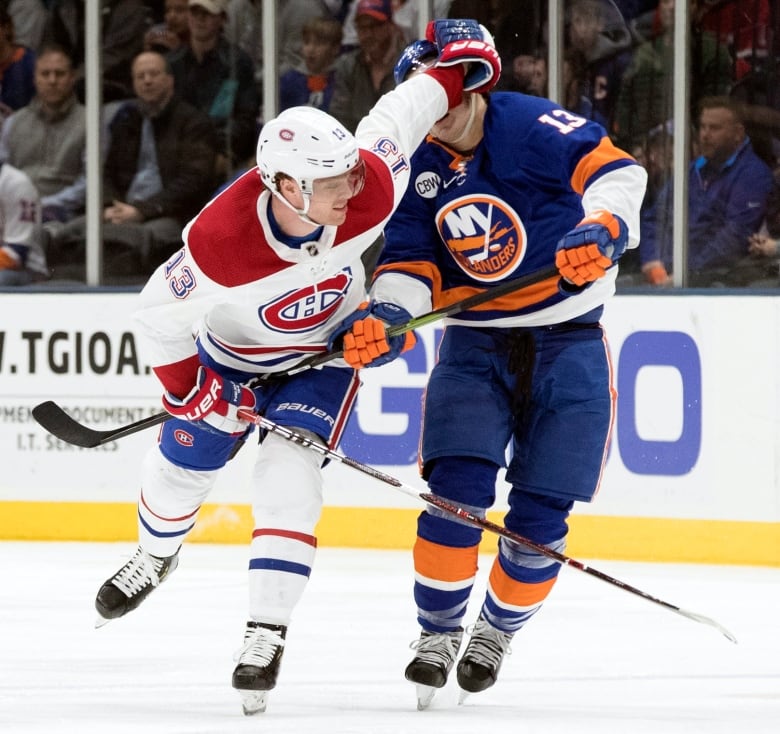 The Islanders followed up their shutout win over division-rival Columbus on Monday with another solid defensive performance against the speedy Canadiens.

After a scoreless first period, Pelech put the Islanders ahead with his fifth of the season at 1:20 of the second. Brock Nelson and Andrew Ladd assisted.

Benn tied it with 1:50 left in the middle period when his shot from the left point eluded Greiss. Paul Byron and Nate Thompson assisted on Benn’s fifth of the season.

Carey Price now has more wins than any Hab goalie in history, but he still hasn’t won a Stanley Cup. Rob Pizzo look at 9 other goalies with even more wins and no ring. 2:14

The teams played a brisk playoff-type game with both Griess and Price making acrobatic saves at both ends. The Islanders outshout the Canadiens 15-9 in the first. The Canadiens had a 16-14 shots advantage in the second.

The vibrant play continued in the third as the teams traded chances before Lee’s heroics.

The Islanders are 27-10-3 in their last 40 games and now a season-high 19 games over .500. They have already surpassed last season’s win and point total.