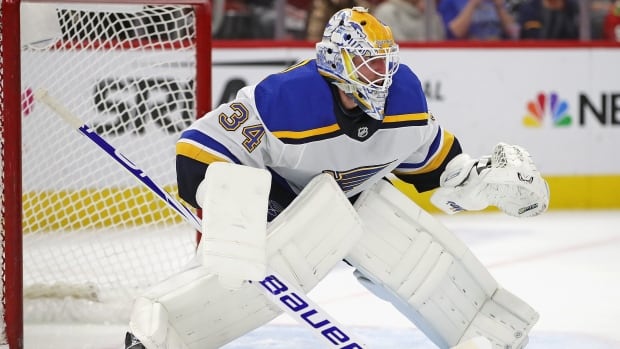 The Montreal Canadiens have signed goaltender Jake Allen to a two-year contract extension.

Montreal acquired Allen in a trade with St. Louis on Sept. 2.

The 30-year-old Allen played 24 games with the Blues this past season and posted a 12-6-3 record with a 2.15 goals-against average and .927 save percentage and two shutouts.

The Fredericton native also made five playoff appearances, registering a 2-1-1 record with a 1.89 GAA and a .935 save percentage.