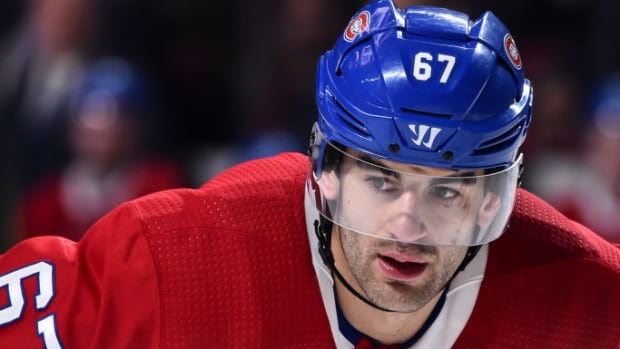 Max Pacioretty is headed to a warmer climate as the Montreal Canadiens have traded the 29-year-old captain to the Vegas Golden Knights.

The winger has been exchanged for forwards Tomáš Tatar, 27, prospect Nick Suzuki, 19, and a second-round pick in 2019.

The Habs made the announcement just after midnight Monday.

“Merci, Max. Thank you, Max,” the team tweeted along with a video highlighting Pacioretty’s career.

Originally from Connecticut, Pacioretty was selected in the first round, 22nd overall, by the Canadiens at the 2007 NHL Entry Draft. In August 2012, he signed a six-year, $27-million contract extension.

Pacioretty is returning to his home country of the United States — a country he has represented on four occasions: the 2016 World Cup of Hockey, 2014 Winter Olympic Games, 2012 IIHF Men’s World Championship and 2008 IIHF World Junior Championship.

Tatar, originally from Slovakia, appeared in all 82 games with the Detroit Red Wings and the Golden Knights in 2017-18, recording 34 points (20 goals, 14 assists).

He has played in 427 regular season NHL games with Detroit and Vegas, contributing to a total of 228 points with 119 goals and 109 assists. He was selected in the second round, 60th overall by Detroit at the 2009 NHL Entry Draft.

Suzuki appeared in 64 games with the OHL’s Owen Sound Attack in 2017-18, ranking fourth overall in league in scoring with 100 points (42 goals, 58 assists). Suzuki is from London, Ont., and was selected in the first round, 13th overall, by Vegas at the 2017 NHL Entry Draft.