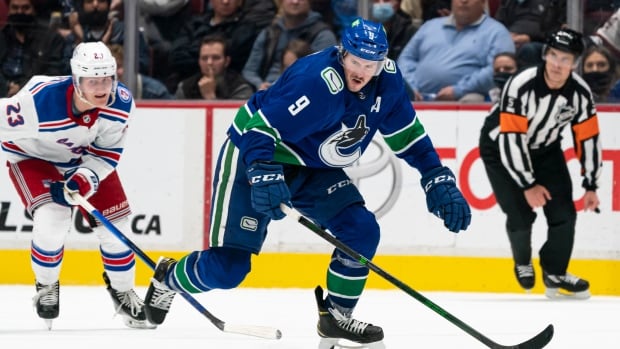 Both players were held out of practice at Rogers Arena as the team awaits the results of further testing.

The Canucks (18-18-3) currently have a number of key pieces in the NHL’s COVID-19 protocol, including captain Bo Horvat, winger Conor Garland and backup netminder Jaroslav Halak.

Vancouver is scheduled to host the Florida Panthers Friday in its first home game since Dec. 14.

The incident, which didn’t result in a penalty, occurred late in the third period of Tuesday’s 4-3 overtime loss to the Capitals.

Ehlers, who is tied for third on the Jets with 25 points, had to be helped off the ice.

Orlov was subsequently suspended two games by the NHL on Wednesday.

The Jets visit the Nashville Predators on Thursday before taking on the Boston Bruins and Pittsburgh Penguins this weekend.

Winnipeg sat fifth in the Central Division with a 17-12-6 record heading into the game in Music City.