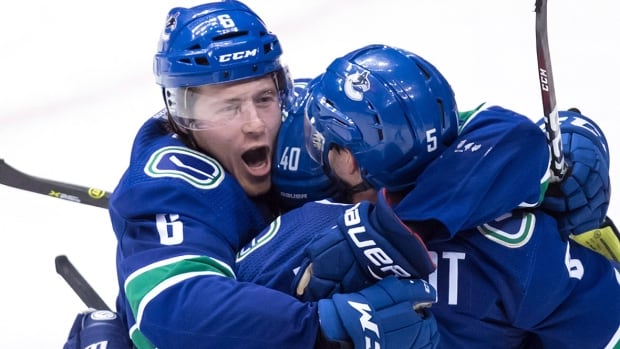 Brock Boeser will miss at least four games for the Vancouver Canucks because of a groin injury.

Canucks coach Travis Green said Saturday prior to a game in Buffalo that Boeser is week-to-week. Green says the 21-year-old forward “will be fine” after a period of rest.

Boeser returned to Vancouver on Thursday to see a specialist. The Canucks play their next four games on the road before returning home to face the Montreal Canadiens on Nov. 17.

Boeser finished second last season in voting for the Calder Trophy, the NHL’s award for the top first-year player. The native of Burnsville, Minn., has four goals and seven assists in 13 games this season.