Bo Horvat had two goals and two assists and the Vancouver Canucks extended their winning streak to five games with an 8-5 victory over the Boston Bruins on Thursday night.

Loui Eriksson added two goals and an assist and spurred a five-goal outbust in the second period for Vancouver. Ben Hutton and Erik Gudbranson each had a goal and an assist, and Antoine Roussel and Jake Virtanen added goals for the Canucks, who have scored 26 goals in the last five games.

Jaroslav Halak came into the game leading the NHL in save percentage, but was pulled after allowing five goals on 19 shots. His replacement, Tuukka Rask, didn’t do much better, allowing three goals on the first eight shots he faced, including a misplay of a clearing attempt that led to the Canucks’ seventh goal. 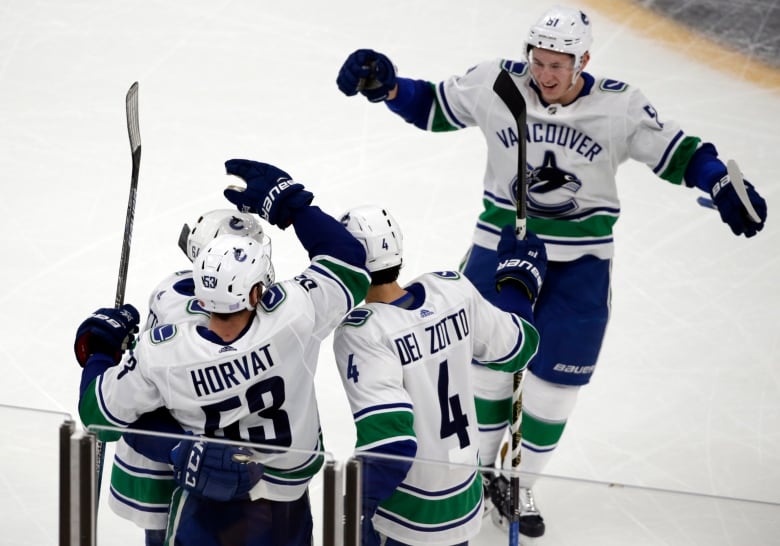 Bergeron gave the Bruins their only lead of the game, 2-1 at 0:36 of the second, when he beat Jacob Markstrom. Markstrom made 23 saves in his sixth start of the season.

Nikolay Goldobin and Markus Granlund each added two assists for the Canucks.