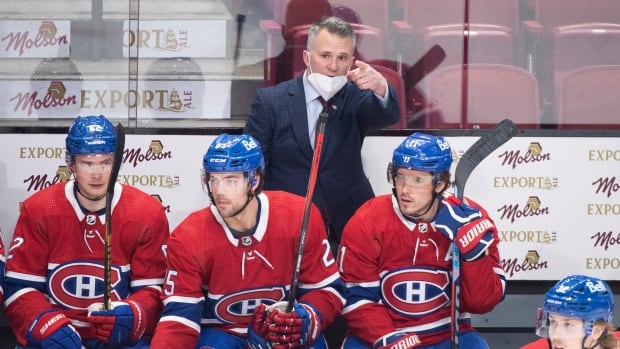 Cole Caufield broke a 17-game goalless drought while Rem Pitlick added his ninth marker of the season. Despite their efforts, Montreal increased their win-less skid to eight games.

For the fifth time in six games, the Canadiens pulled their starting goalie. Cayden Primeau allowed four goals from 15 shots before getting pulled. Samuel Montembeault was brought in at 5:18 of the second period and blocked all eight shots sent his way.

The Capitals stunned the Habs with two quick goals early in the first period. Snively picked up his first NHL goal by jumping on a Primeau rebound to break the ice for the Caps at 5:04.

The Capitals took a three-goal lead back from the first intermission. Hagelin took the puck from his own end, drove the length of the ice and scored with a wrist shot from a tight angle.

Montreal responded at 4:03 of the second period when Pitlick grabbed a loose puck in Samsonov’s crease, giving his team a chance at a comeback.

The Capitals replied with a goal of their own just over a minute later. Snively added a second marker to his tally, taking a jab at the Habs’ hopes and forcing St. Louis to pull Primeau.

Caufield brought his team back in contention by breaking a 17-game goal drought on the power play. The rookie received Nick Suzuki’s pass, tried his luck from a tight angle and reduced Montreal’s deficit to two ahead of the third period.

Caufield notched a second with 5:09 left in regulation but was disallowed following a Washington coach’s challenge. After review, the challenge showed that Tyler Toffoli tried to keep the puck in the offensive zone from an offside position.

Wilson iced the game with the empty-netter at 18:45 to seal the win for the Capitals.