The Washington Capitals picked up a big win in Las Vegas on Wednesday, but it came at a cost.

Playoff points leader Evgeny Kuznetsov was forced from his team’s 3-2 victory midway through the first period after absorbing a hit from the Golden Knights’ Brayden McNabb.

The Russian centre, who tops the post-season scoring race with 25 points, immediately went to the ice holding his left arm. He then skated to his team’s bench and went straight to the dressing room.

He did not return for the rest of the game with what the Capitals are calling an upper-body injury. 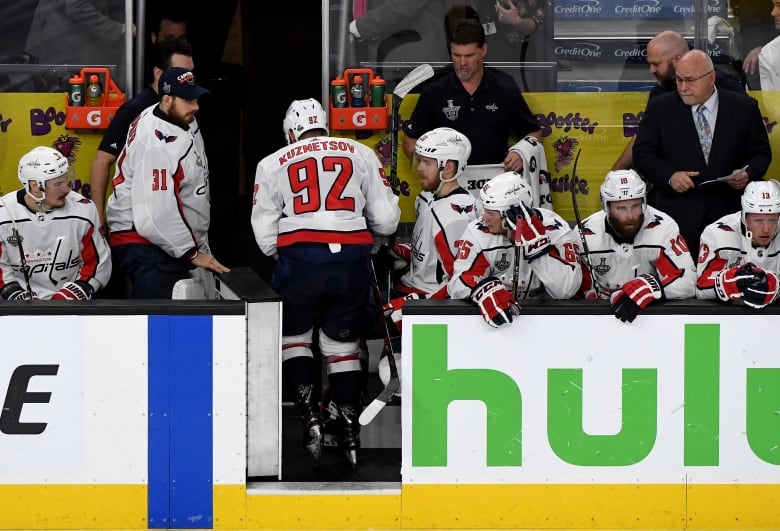