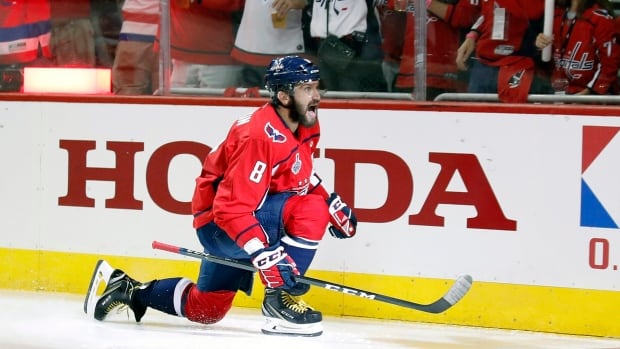 Alex Ovechkin scored the 60th playoff goal of his career as the Washington Capitals defeated the expansion Vegas Golden Knights 3-1 on Saturday to take a 2-1 lead in the Stanley Cup Final.

Evgeny Kuznetsov, an injury question mark until just before the opening faceoff, added a goal and an assist for Washington, which won its first-ever game on home ice in the final to move two victories from its first Cup.

Stefan Nosek replied for Vegas. Marc-Andre Fleury stopped 23 shots for the Knights, who lost back-to-back games for the first time in the playoffs.

Game 4 of the best-of-seven series goes Monday at Capital One Arena.

The Capitals, who last played at home in the final on June 16, 1998, when the Detroit Red Wings won 4-1 to complete a four-game sweep in Washington’s only other Cup appearance, took the lead 1:10 into the second period off a wild scramble in front.