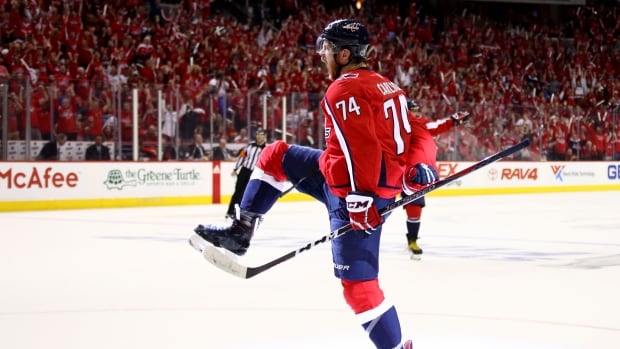 The Washington Capitals have re-signed John Carlson to an eight-year, $64 million US contract that allows the Stanley Cup champions to keep the do-it-all defenceman.

Carlson will count $8 million US against the salary cap through the 2026-27 season. General manager Brian MacLellan announced the deal Sunday.

The 28-year-old who has made the Washington area his home and wanted to stay if there was a fit. The Capitals got the cap space necessary to re-sign Carlson by trading veteran defenceman Brooks Orpik and backup goaltender Philipp Grubauer on Friday night at the NHL draft.

Carlson outperformed his last deal that paid him just under $4 million a season and was at his best in a contract year. He led all defencemen with 68 points in the regular season and 20 in the playoffs to help Washington win the Metropolitan Division and then the Stanley Cup.

The contract makes Carlson the second-highest-paid player on the Capitals behind Alex Ovechkin.