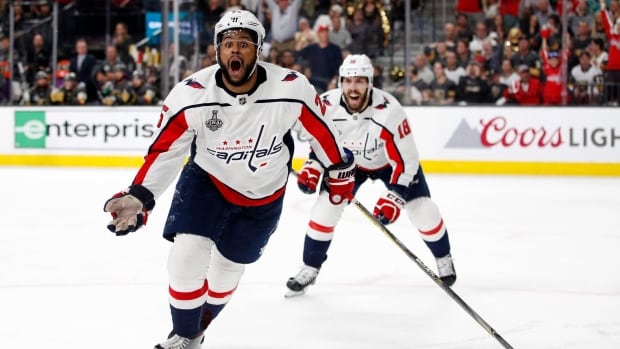 The Washington Capitals have re-signed playoff star Devante Smith-Pelly to a $1 million US, one-year contract.

General manager Brian MacLellan announced the deal Thursday, less than 72 hours after not tendering a qualifying offer to the restricted free agent forward. The Capitals said at the time they were still negotiating with Smith-Pelly, who scored seven goals on their Stanley Cup run.

Smith-Pelly gets a raise from the league-minimum $650,000 he made last season when the Capitals gave him a chance after New Jersey bought him out. The 26-year-old, whom MacLellan called a “project” upon signing him and who was no lock to make the roster, put up seven goals and nine assists in 75 regular-season games and then had two game-winners during his scoring tear in the playoffs.