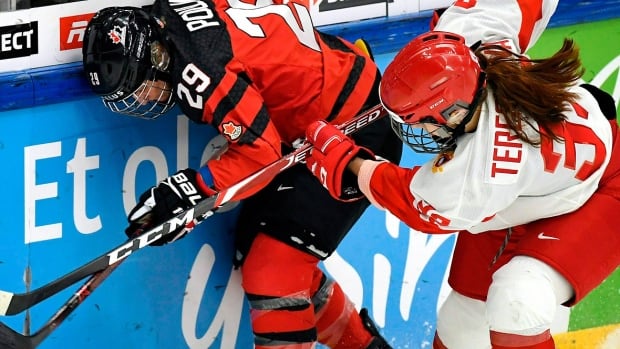 Natalie Spooner scored a hat trick for Canada in a costly 5-1 win over Russia at the women’s world hockey championship Monday.

Canadian captain Marie-Philip Poulin reinjured her left knee late in the first period. She limped to the dressing room and did not return to the bench.

Spooner posted a four-point night also assisting on a Blayre Turnbull goal. Rebecca Johnston also scored for the Canadians, who pulled even with Finland at 2-1 in Group A.

Defending champion United States was assured first place in the pool at 3-0.

Canadian goalie Genevieve Lacasse made seven saves for the win in her first start of the tournament.

Canada scored five unanswered goals over two periods and held the Russians to zero shots in the second.