Chris Wagner and Brad Marchand scored 5:07 apart in the second period, and the Boston Bruins beat the Carolina Hurricanes 2-1 on Tuesday night to take a 3-0 lead in the Eastern Conference final.

Tuukka Rask stopped 35 shots for the Bruins, who have won six straight post-season games for the first time since 1978. They are one victory away from their third Stanley Cup Final appearance in nine years.

Boston will go for the sweep on Thursday night.

Calvin de Haan scored and Curtis McElhinney made 29 saves for the Hurricanes while starting in place of Petr Mrazek, who allowed 10 goals in the first two games of the series. 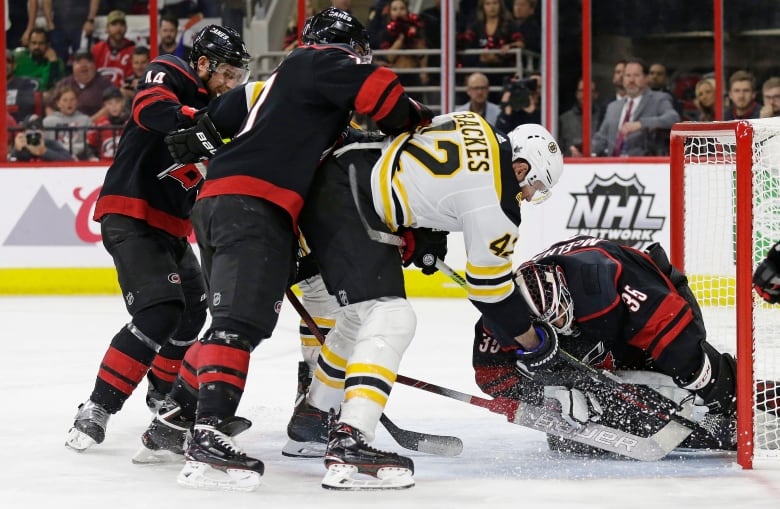