The Humboldt Broncos’ new goalie wanted a way to remember the members of the team whose last season was cut tragically short when he steps onto the rink at the Elgar Petersen Arena for the team’s upcoming season.

“Getting to honour all the members that passed away is something I wanted in a clean and simple design,” Dane Dow explained, referring to the members of the Saskatchewan Junior Hockey League team who were killed in an April 6 bus crash.

So he turned to Lethbridge-based Schinny Designs to help create the tribute.

Owner/operator Morgen Schinnour, who is a goalie herself, has been custom painting helmets for just over 10 years, specializing in goalie masks. 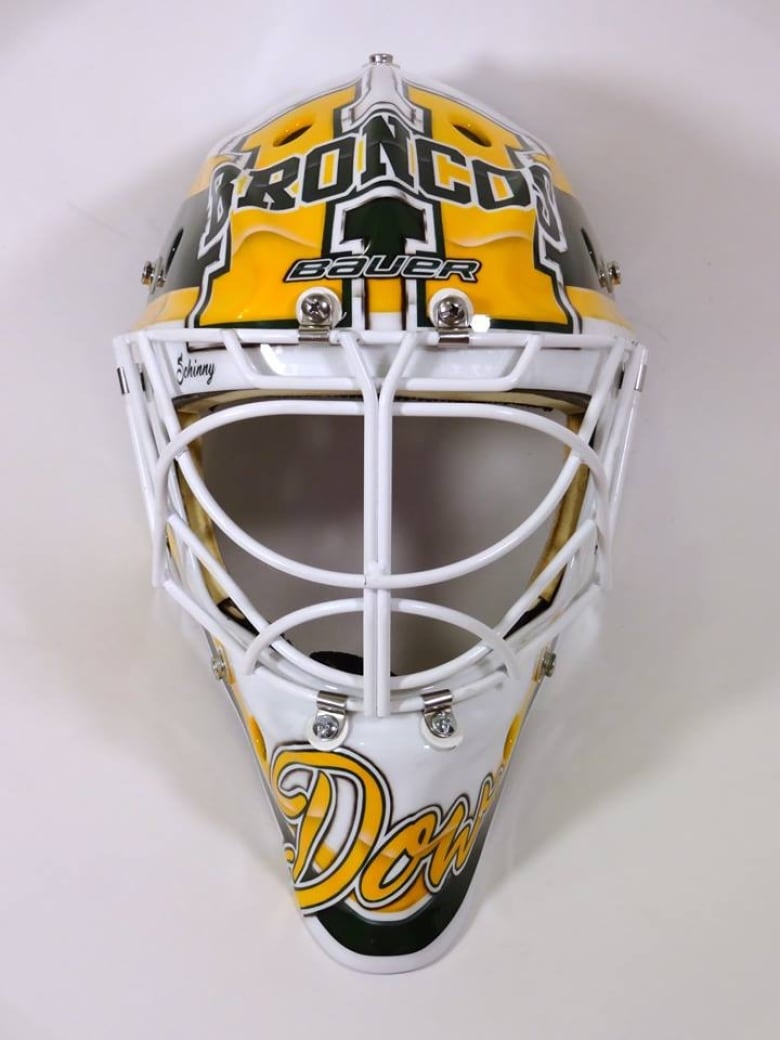 For Dow’s mask, she incorporated a “Humboldt Strong” ribbon, the word “Broncos” at the top and the team’s horse logo on the side, while Dow’s name went on the chin.

And in a poignant touch, ghosted in pearlized paint are the names of the 16 people killed in the April crash. The names are visible only at specific angles in certain light, depending on the turn of Dow’s head, she said.

Schinnour does masks all the time, but as someone connected to the hockey community, this one had a particular resonance.

“To do this one is really special. The symbolic meaning behind it is really touching,” she said. “It’s touching and it hits home.”

“It turned out perfect.”

He said he expects he’ll feel strong emotions wearing the mask out on the ice for the first game of the season, to be held on Sept. 12.

“That game and the whole year has created extra motivation for me and I can’t wait for the opportunity.”