Connor Hellebuyck excels with a goalie stick, but how he handles a hammer or paint brush remains to be seen.

The Winnipeg Jets goaltender had an eventful off-season, signing a six-year, US$37-million extension in July and buying his first house in Michigan.

“Home ownership is completely different than renting,” Hellebuyck said with a laugh after an informal skate this week with his teammates in Winnipeg.

“You’ve got to make sure that all the little things that go wrong with your home get fixed ASAP. It’s a new animal. I love it, though.”

The waterfront home on Orchard Lake in Michigan was built in 1993 and he’d like to tackle some improvement projects.

“The plan is to renovate the house and make it look good, but I’ve got some hockey to worry about first,” the 25-year-old Commerce, Mich., native said.

What Hellebuyck won’t have to worry about is whether he’s Winnipeg’s No. 1 goaltender, unlike the start of last season.

The team had signed Steve Mason and it was believed he’d get the bulk of time in net, but the veteran struggled and Hellebuyck won the job and ran with it to unexpected heights.

It earned him a nod as a finalist for the Vezina Trophy awarded to the NHL’s top goalie, an honour that went to Nashville’s Pekka Rinne. 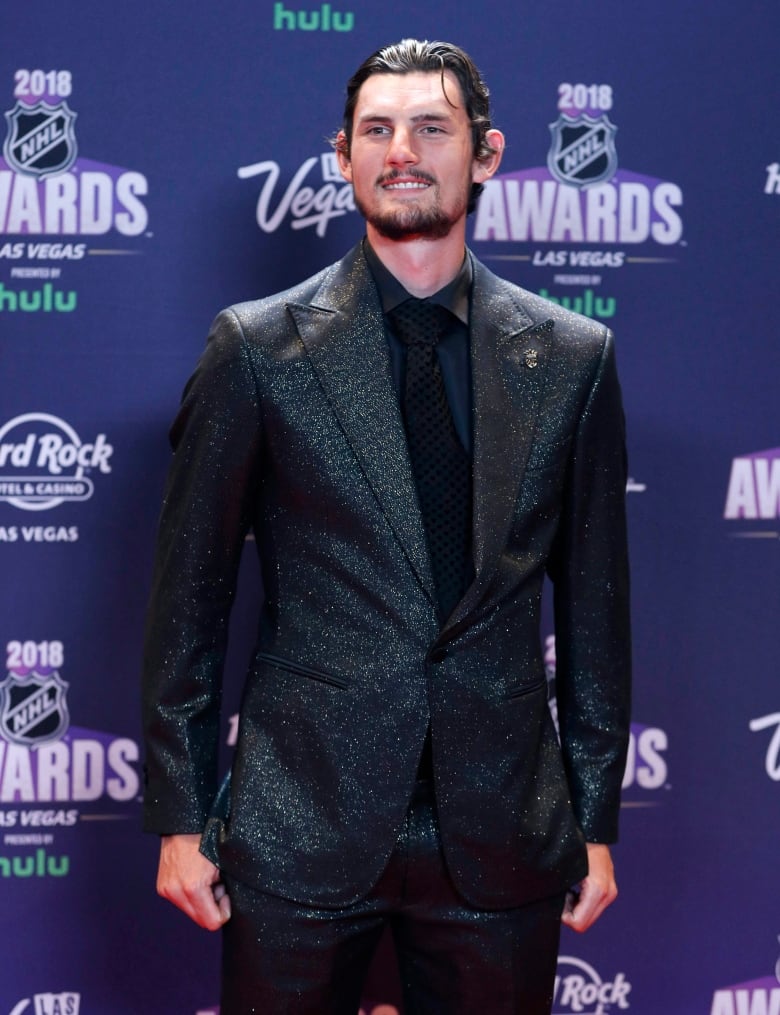 Connor Hellebuyck set single-season franchise records for wins (44) and shutouts (6) and was a finalist for the Vezina Trophy as the NHL’s top goaltender. (John Locher/Associated Press)

Hellebuyck had a franchise record win total and recorded the most victories by an American-born goalie last season. His play was a key reason the Jets put up a franchise-best 114 points (52-20-10), second in the league.

The team climbed through the playoffs, reaching the Western Conference final before losing in five games to the Vegas Golden Knights.

“I think it was a good stepping stone,” Hellebuyck said. “It just shows that we’re building the right way and we need to continue working because it’s not finished yet.”

He had been a restricted free agent coming off a one-year deal that paid him $2.25 million. The new contract has an annual average salary of $6.16 million and takes him through the 2023-24 season.

While Hellebuyck seems to be settled professionally and personally, he’s not taking the team’s commitment to him for granted.

“I think I need to fight every day to hold on to my job,” said Winnipeg’s fifth-round pick (130th overall) from the 2012 NHL draft.

But getting the deal done does bring a measure of comfort.

“I don’t take It as a relief,” he said. “I take it more as now I can build things my way and I don’t have to be so worried about the little details and worrying about what everyone else is thinking.

“I can worry about myself and making sure I’m bringing my A-plus game and continuing to improve that every single day.”

With that goal in mind as he heads into his fourth NHL season, Hellebuyck again travelled to Kelowna, B.C., in the summer to work with trainer Adam Francilia at the NET360 program.

One of the regular participants in the program is becoming a familiar face to him. Former Edmonton Oilers backup Laurent Brossoit was signed by the Jets on July 1, a day after the club traded Mason to the Montreal Canadiens, who bought out his contract. Long-time backup Michael Hutchinson joined the Florida Panthers as a free agent.

“Laurent works with the same trainer I do, so we’re doing all the same stuff and we’re pushing each other the same way as we were all summer,” Hellebuyck said. “I think he’s a great goalie, too, and same with (Eric) Comrie.”