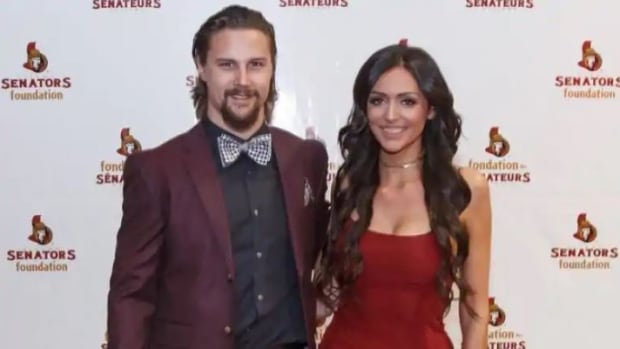 An Ontario Superior Court Justice has denied an application from Monika Caryk to force Melinda Karlsson to turn over information outlining why Karlsson believes Caryk was responsible for a cyberbullying campaign.

In May, Karlsson, wife of former Senators’ captain Erik Karlsson filed an order of protection against Caryk, the fiancée of former Senator Mike Hoffman. Karlsson claimed Caryk had posted over 1,000 “negative and derogatory” comments about her on social media.

“Monika Caryk has uttered numerous statements wishing my unborn child dead,” Karlsson said in a sworn statement seeking the order in May.

Caryk filed an application with the court in July asking for the evidence Karlsson had to support her claim or for an order declaring she was not the author of the posts.

Caryk also complained to the website where many of the posts appeared.

Justice A.M. Mullins said in her ruling that Caryk had said she had received critical or threatening posts online and had been “accosted while on vacation,” because people believed she was the author of the posts.

The protection order was never served.

Karlsson’s lawyer argued that if Caryk wanted the information she would be better served going to the owner of the website.

In her ruling, the judge agreed that she could not force Karlsson to turn over the information.

“Better information about those Ms. Caryk might actually hold accountable for any actual posts is best obtained from the website or sites hosting and the service providers of those who have posted identifiable posts,” wrote Mullins. “The interests of justice will not be well served by a granting of the order.”

Neither player is still with the Ottawa Senators.